Excerpt: 'Freefall: America, Free Markets, and the Sinking of the World Economy'

Excerpt: 'Freefall: America, Free Markets, and the Sinking of the World Economy' 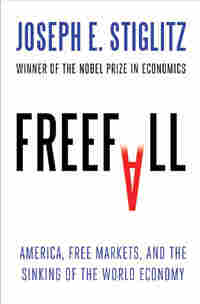 Today, after the crash, almost everyone says that there is a need for regulation — or at least for more than there was before the crisis. Not having the necessary regulations has cost us plenty: crises would have been less frequent and less costly, and the cost of the regulators and regulations would be a pittance relative to these costs. Markets on their own evidently fail — and fail very frequently. There are many reasons for these failures, but two are particularly germane to the financial sector: "agency" — in today's world scores of people are handling money and making decisions on behalf of (that is, as agents of) others — and the increased importance of "externalities."

The agency problem is a modern one. Modern corporations with their myriad of small shareholders are fundamentally different from family-run enterprises. There is a separation of ownership and control in which management, owning little of the company, may run the corporation largely for its own benefit. There are agency problems too in the process of investment: much was done through pension funds and other institutions. Those who make the investment decisions--and assess corporate performance--do so not on their behalf but on behalf of those who have entrusted their funds to their care. All along the "agency" chain, concern about performance has been translated into a focus on short-term returns.

With its pay dependent not on long-term returns but on stock market prices, management naturally does what it can to drive up stock market prices — even if that entails deceptive (or creative) accounting. Its short-term focus is reinforced by the demand for high quarterly returns from stock market analysts. That drive for short-term returns led banks to focus on how to generate more fees — and, in some cases, how to circumvent accounting and financial regulations. The innovativeness that Wall Street ultimately was so proud of was dreaming up new products that would generate more income in the short term for its firms. The problems that would be posed by high default rates from some of these innovations seemed matters for the distant future. On the other hand, financial firms were not the least bit interested in innovations that might have helped people keep their homes or protect them from sudden rises in interest rates.

In short, there was little or no effective "quality control." Again, in theory, markets are supposed to provide this discipline. Firms that produce excessively risky products would lose their reputation. Share prices would fall. But in today's dynamic world, this market discipline broke down. The financial wizards invented highly risky products that gave about normal returns for a while — with the downside not apparent for years. Thousands of money managers boasted that they could "beat the market," and there was a ready population of shortsighted investors who believed them. But the financial wizards got carried away in the euphoria--they deceived themselves as well as those who bought their products. This helps explain why, when the market crashed, they were left holding billions of dollars' worth of toxic products.

Securitization, the hottest financial-products field in the years leading up to the collapse, provided a textbook example of the risks generated by the new innovations, for it meant that the relationship between lender and borrower was broken. Securitization had one big advantage, allowing risk to be spread; but it had a big disadvantage, creating new problems of imperfect information, and these swamped the benefits from increased diversification. Those buying a mortgage-backed security are, in effect, lending to the homeowner, about whom they know nothing. They trust the bank that sells them the product to have checked it out, and the bank trusts the mortgage originator. The mortgage originators' incentives were focused on the quantity of mortgages originated, not the quality. They produced massive amounts of truly lousy mortgages. The banks like to blame the mortgage originators, but just a glance at the mortgages should have revealed the inherent risks. The fact is that the bankers didn't want to know. Their incentives were to pass on the mortgages, and the securities they created backed by the mortgages, as fast as they could to others. In the Frankenstein laboratories of Wall Street, banks created new risk products (collateralized debt instruments, collateralized debt instruments squared, and credit default swaps, some of which I will discuss in later chapters) without mechanisms to manage the monster they had created. They had gone into the moving business--taking mortgages from the mortgage originators, repackaging them, and moving them onto the books of pension funds and others--because that was where the fees were the highest, as opposed to the "storage business," which had been the traditional business model for banks (originating mortgages and then holding on to them). Or so they thought, until the crash occurred and they discovered billions of dollars of the bad assets on their books.