Accessibility links
Three Books... Why three? We live in a three-dimensional world, colored with hues that break down into a trio of primary colors. Our souls (according to Plato) and our psyches (according to Freud) are trilithic. Three is a number that allows for conversation, completion, understanding. And so "Three Books..." invites writers to recommend three great reads on a single theme.

Three Books To Get You Out Of A Political Wilderness

April 27, 2010 • Tired of trying to break through the filibusters, steep the tea, climb the summits? In an era dominated by partisan shouting, Christine Rosen offers a reading list that should appeal to anyone — conservative and liberal alike — feeling left out of the debate.

Three Books To Get You Out Of A Political Wilderness

Three Books For The Closeted Francophile

April 5, 2010 • Once upon a time, it was fashionable to adore all things French. Those days are gone — remember "freedom fries"? — but author Danielle Trussoni is convinced that there are plenty of Americans who still love French culture, fashion and food. Trussoni recommends three books about France — all with a certain je ne sais quoi.

Three Books For The Closeted Francophile

Three Stories Of Gossip Not Even Austen Could Resist

March 23, 2010 • Novels of manners never get old. Any quick flip through one of today's celebrity magazines will prove that. From social climbers to spouse grabbers, century to century, nothing changes. Author Helen Simonson offers three novels for going beyond Jane Austen's gossip.

Three Stories Of Gossip Not Even Austen Could Resist

March 8, 2010 • Everyone has his or her own secrets, but what happens when your most intimate ones are shared with loved ones? Family secrets can be the hardest to hide — and the most provocative. Martha Toll suggest three books for when no one knows you better than your family — and that's the problem.

Three Trips To The Other Side Of The Tracks

March 4, 2010 • The Los Angeles Gang Tours put a spotlight on poverty tourism, but the phenomenon isn't new. Authors writing about class have been giving views of the other side for years. Writer Leslie Jamison shares three memoirs whose accounts define the line between rubbernecking and true works of art. 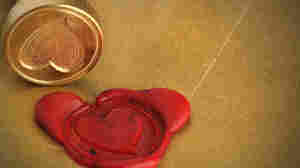 February 13, 2010 • Who needs the frustration of dedicating yourself to another person? This Valentine's Day, writer Annabelle Gurwitch finds a love affair with words much more satisfying. The most interesting love, she says, happens during a passionate attraction to ideas.

Three Books To Take A Bite Out Of Valentine's Day

February 11, 2010 • This year, Valentine's Day shares the 14th with Chinese New Year. Cupid had better flap his wings because it's the Year of the Tiger, and tigers don't eat chocolate. To commemorate this rare alignment, here are three books about love in Chinese families. 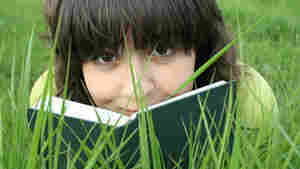 Three Books For The Smartest Teens You Know

December 24, 2009 • Young adult books sell well, but the genre is not without flaws. That's why young adult author Garret Freymann-Weyr is encouraging teens to venture into the adult shelf. She has three books for smarties that anyone — young or old — will enjoy.

Three Books For The Smartest Teens You Know

December 9, 2009 • Afghanistan is not an easy country to fully grasp. Author Nadeem Aslam recommends three books that help make the United States' involvement there — both before and after Sept. 11 — a little easier to understand.

These Aren't Your Geek's Graphic Novels

November 29, 2009 • You don't have to be crazy about comic-book heroes, fantasy worlds or galactic adventures to fall in love with these three magnificent graphic novels — but it helps if you're a girl. Author Harriet Reisen shares what makes these girl-power reads so colorful. 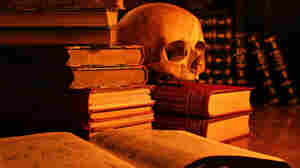 October 30, 2009 • How long has it been since you felt the needle jab of panic or were startled to glimpse a pale face in the window? Nothing makes you feel more alive — or cherish the relative safety and normalcy of life — than dangling your foot over the edge of a cliff and then withdrawing it. These books will do just that. 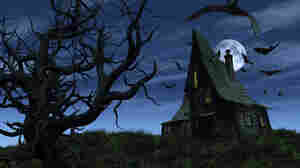 October 26, 2009 • Literature is full of reminders that houses have souls, a fact characters forget at their own peril. In some novels, the house is as much a force as any of the people in the story. When that happens, the human characters had better beware.

Straddling The Pacific: Books By Japanese-Americans

October 20, 2009 • Author Lisa See is drawn to books by Japanese-American women and the issues they tend to write about: love, race, identity, place and history — and its effect on the present.

Straddling The Pacific: Books By Japanese-Americans

September 17, 2009 • If you think fashion is just for rich socialites and reality show stars, you've been watching too much MTV. Melissa Walker has three books that show the key to style isn't cash — it's creativity.

September 4, 2009 • The days grow shorter, but still, the summer heat surrounds you like an unwanted extra blanket. A trip to Iceland may seem in order, but who can afford it? So you turn to books for relief. These three books should cool you down.