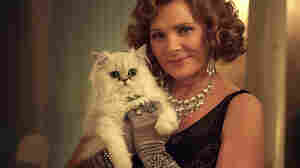 Kim Cattrall as socialite — and murder victim — Emily French in The Witness for the Prosecution. Robert Viglasky/Acorn TV hide caption

Kim Cattrall, More Than Just A Murder Victim In 'Witness For The Prosecution'

January 29, 2017 • Cattrall — best known for her role on Sex and the City — plays a murdered socialite in a new TV adaptation of Agatha Christie's play. She says she wanted to open up the character and understand her.

Kim Cattrall, More Than Just A Murder Victim In 'Witness For The Prosecution' 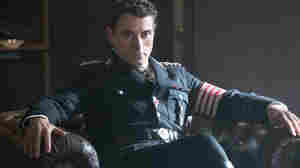 January 28, 2017 • Rufus Sewell is seemingly everywhere these days — on stage and on the small screen, including Amazon's alternate-history series The Man in the High Castle, in which he plays an American Nazi leader.

January 27, 2017 • Moore, who died Wed. at the age of 80, played a single professional woman on the 1970s show named after her, and became beloved for her role on The Dick Van Dyke Show. Originally broadcast in 1995. 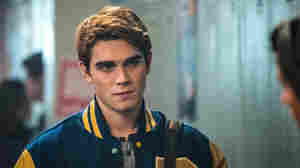 January 27, 2017 • The CW has brought the Archie comics to television as dark and gritty versions of their paper selves. We talk about this show and about the long history of the high school drama. 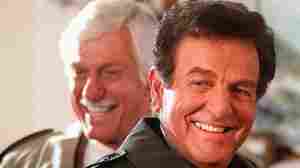 Actor Mike Connors, who starred in the TV detective show Mannix, flashes a smile after filming a scene with Dick Van Dyke, for an episode of Diagnosis Murder in 1997. The show centered around an unsolved mystery from Mannix, with Connors returning to his old role as the title character. Chris Pizzello/Associated Press hide caption

January 27, 2017 • Mannix aired on CBS for eight years starting in 1967. Mike Connors was nominated for an Emmy four times for his role in the series, and won a Golden Globe award in 1970. 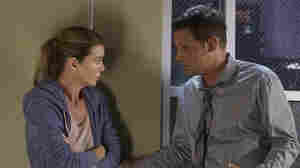 Meredith Grey (Ellen Pompeo) and Alex Karev (Justin Chambers) have been through a lot together across 13 seasons. Eric McCandless/ABC hide caption

'Grey's Anatomy': The Secret Sauce Is Blood ... And Friendship

January 26, 2017 • The ABC series Grey's Anatomy, set in a hospital full of possibly cursed doctors, has been on TV for 13 seasons. We talk about what has kept it popular with its fans for so long.

'Grey's Anatomy': The Secret Sauce Is Blood ... And Friendship 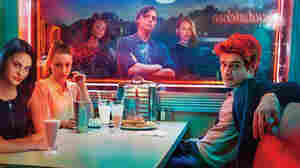 Riverdale: These are not the innocuous Archie comics of your childhood. Courtesy of The CW/Archie Comics hide caption

'Archie Got Hot' Is A Sentence You'll Hear In New, Noir 'Riverdale'

January 26, 2017 • The CW's new show takes the sunny, optimistic teens of the classic Archie Comics and drops them into a re-imagined hometown full of sex, secrets and murder — and yes, Archie now has great abs.

'Archie Got Hot' Is A Sentence You'll Hear In New, Noir 'Riverdale' 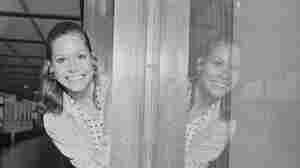 January 26, 2017 • Following the death of Mary Tyler Moore Wednesday, Mould calls "Love Is All Around" "a great song, and a nice tribute to" Minneapolis, Hüsker Dü's home town. 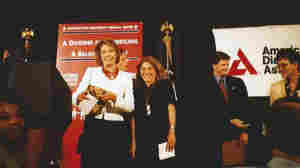 How Mary Tyler Moore Helped Me Live With Type 1 Diabetes

January 26, 2017 • Mary Tyler Moore was diagnosed with Type 1 diabetes just before The Mary Tyler Moore Show launched. If Mary could take it on with a smile, I thought, maybe those daily shots wouldn't be so bad. 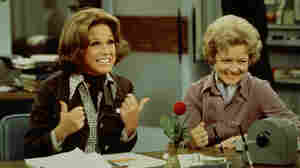 Mary Tyler Moore (left, as Mary Richards) gives a 'thumbs up' sign as she sits at her desk with Betty White (as Sue Ann Nivens) in a scene from 'The Mary Tyler Moore Show' in 1975. CBS Photo Archive/Getty Images hide caption

Mary Tyler Moore: On Her Own, Single And Singular

Mary Tyler Moore: On Her Own, Single And Singular 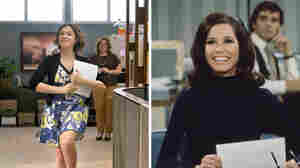 'A Funny Ingenue': Rachel Bloom On The Influence Of Mary Tyler Moore 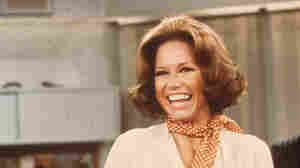 She Turned The World On With Her Smile: Mary Tyler Moore Dies At 80

January 25, 2017 • The comedic actress was loved for her roles on The Dick Van Dyke Show and, later, The Mary Tyler Moore Show. To this day, however, it's her comedy that endures.

She Turned The World On With Her Smile: Mary Tyler Moore Dies At 80 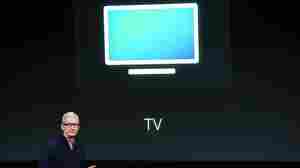 Apple Looks To Compete With Netflix Originals, But Making Hits Is Hard

January 25, 2017 • Apple is about to join Amazon and Netflix and get into the content-making business, sources say. Apple stands to boost revenue, analysts say, but finding success in Hollywood isn't easy.

Apple Looks To Compete With Netflix Originals, But Making Hits Is Hard 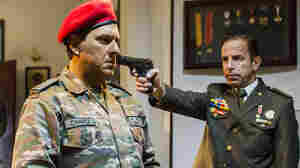 For Venezuela's Hugo Chavez, A Second Life On The Small Screen

January 24, 2017 • A new TV series recounts the life of the late strongman — and suggests his rule laid the groundwork for the food shortages, hyperinflation and political polarization plaguing Venezuela today.

For Venezuela's Hugo Chavez, A Second Life On The Small Screen 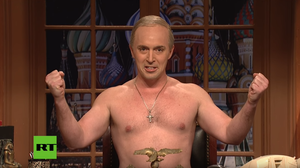 January 22, 2017 • In the first episode since Trump became the 45th president, host Aziz Ansari took on a serious and diplomatic tone, while the cast honored President Obama in a send-off tribute.