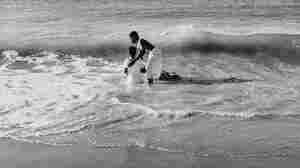 August 31, 2012 • In her photos of family gatherings, religious ceremonies and daily life, Nance captures an unguarded, tender beauty observable only to an insider. 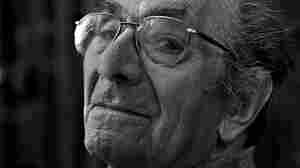 August 29, 2012 • Not many survivors of a concentration camp near Prague remain living, and Dennis Darling hopes to photograph them. 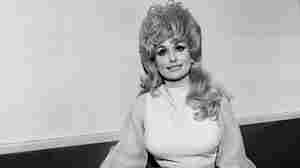 Dolly Parton, Symphony Hall, Boston, 1972. "Dolly Parton's first hit was 'Dumb Blonde' in 1967, but she soon proved she was anything but." Henry Horenstein hide caption

August 28, 2012 • Believe it or not, this visual catalog of country music culture was shot by a kid from Boston. 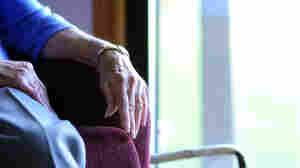 From the Women Over 90 project. /Courtesy of Kara Counard hide caption

August 27, 2012 • The Women Over 90 Project art exhibit includes photos and stories from fifth grade girls who visited a nursing home. 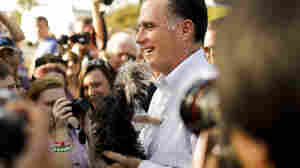 Political Animals On The Campaign Trail

August 27, 2012 • Candidates hardly ever go off script, but carefully insert a duck or taxidermied hunting scene, and you are guaranteed a genuinely human reaction. 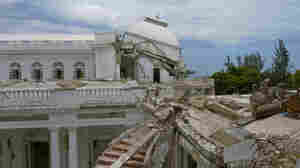 A view of the collapsed cupola of the National Palace is seen in Port-au-Prince on Aug. 13. The palace, which was destroyed in the 2010 earthquake that killed an estimated 200,000 people, was supposed to be demolished, but the plans have been put on hold. Swoan Parker/Courtesy of Reuters hide caption

August 26, 2012 • Photographer Swoan Parker toured Haiti's National Palace, which was destroyed in the 2010 earthquake. "For many people, it stands for Haiti's pride," she says. "This is a symbol for many people, so they consider it a great sense of loss." 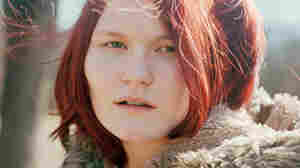 Zoey. From the series At Risk, With Promise. Courtesy of Amy Anderson hide caption

Finding The Beauty In At-Risk Teens 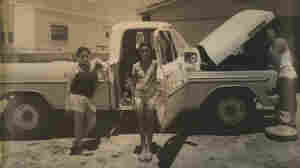 Making The Impossible Possible For 8-By-10 Film

August 23, 2012 • A first look at prints from the new 8-by-10-inch instant film created by the Impossible Project. 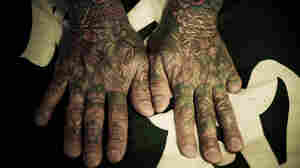 An Inside Look At Organized Crime In Japan

August 22, 2012 • A photographer strikes a deal with Japan's organized crime syndicate — the yakuza — to document its world for two years. 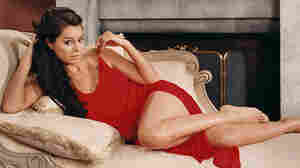 Photos From The Sets Of Latin American Soap Operas

August 21, 2012 • A new photography project focuses on Latin American telenovelas. For some viewers, a histrionic soap opera is pop art. For others, it's an embarrassment to Latin culture. 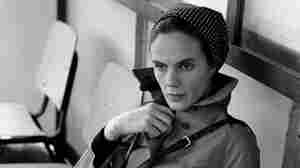 August 20, 2012 • Photographer Martine Frank, a member of the Magnum photo agency, died last week at the age of 74. 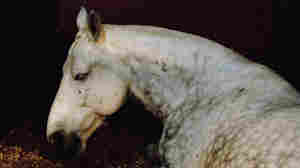 toggle caption
Charlotte Dumas/Courtesy of the Corcoran Gallery of Art

A Photo Homage To The Working Class ... Of Animals

August 18, 2012 • Charlotte Dumas takes pictures of animals, but these aren't your average cat photos. Her new series focuses on horses who bring slain soldiers to their graves at Arlington National Cemetery.

A Photo Homage To The Working Class ... Of Animals 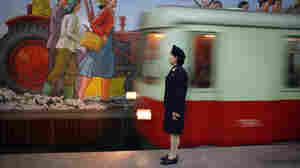 An attendant stands near the tracks as a metro train arrives in a subway station in Pyongyang, North Korea on August 20, 2007. Courtesy of Tomas van Houtryve/VII hide caption

Behind The Curtain Of Communism

August 16, 2012 • Photographer Tomas van Houtryve entered North Korea with an illegal passport and concocted an elaborate lie to avoid being detained. It was all part of his project to document modern-day communism. 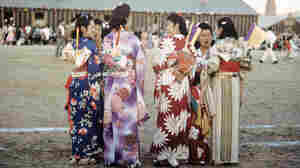 A Dark Chapter Of American History Captured In 'Colors'

August 14, 2012 • Bill Manbo, an auto mechanic from Riverside, Calif., took photos of life inside a Japanese-American internment camp after he and his family were forced to move to Wyoming during World War II. These rare color photographs are now compiled in a new book called Colors of Confinement. 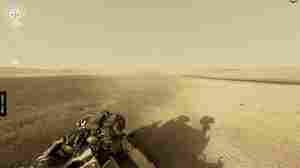 August 14, 2012 • A self-described "panographer" stitches together NASA's photos to create an engaging view of the red planet.