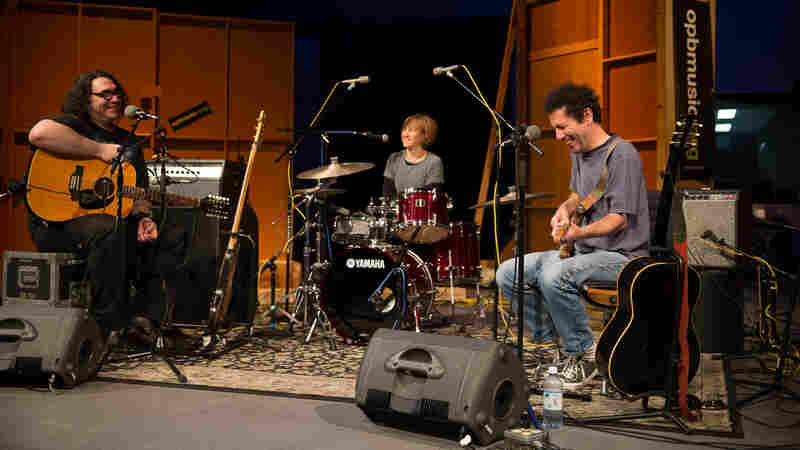 July 30, 2013 • Ira Kaplan, Georgia Hubley and James McNew visit Portland, Ore., to perform songs from their latest album, Fade. Watch them perform one of the album's most beautiful tracks, "Cornelia and Jane." 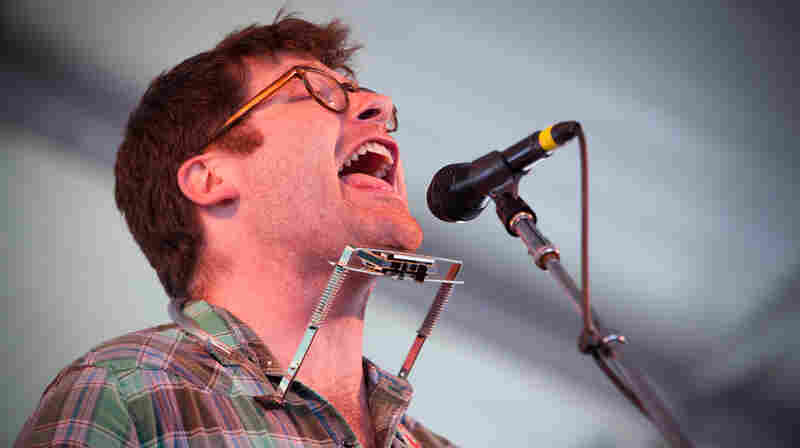 July 30, 2013 • Watch members of The Decemberists — at the festival as Black Prairie — and Laura Veirs join Meloy on a version of "Yankee Bayonet." 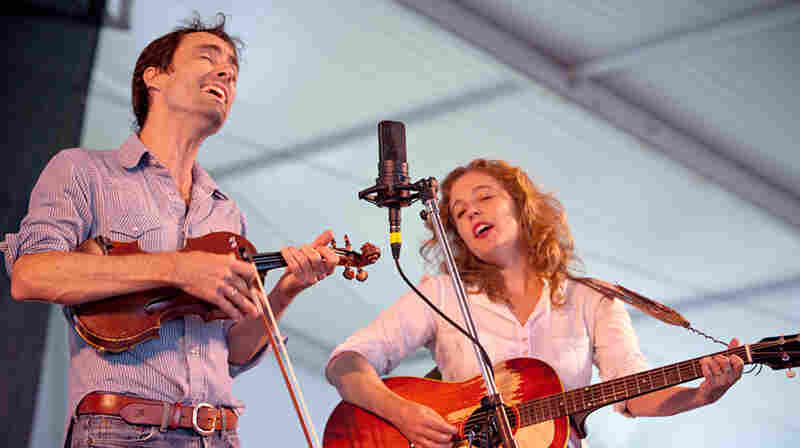 July 30, 2013 • Bird's records have grown quieter and more intimate in recent years, but he remains a remarkably dynamic live performer. Watch him collaborate with Tift Merritt at the 2013 Newport Folk Festival. 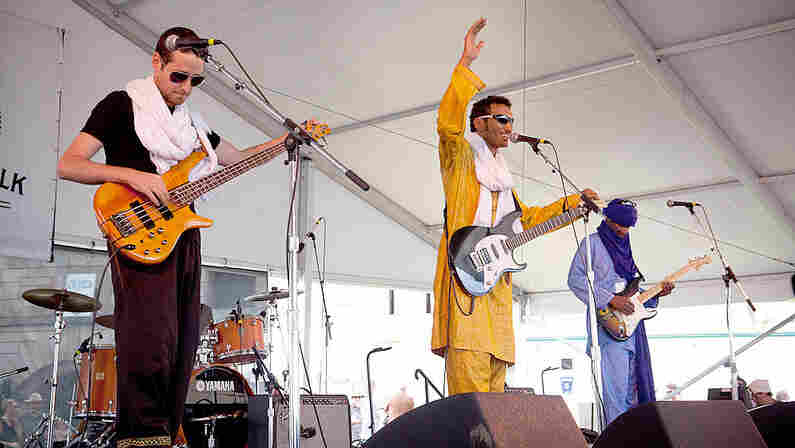 July 30, 2013 • O mar Moctar (a.k.a. Bombino) is a young, Niger-born Tuareg guitarist inspired by the wizardry of Saharan rock bands like Tinariwen. Watch Bombino perform as part of the 2013 Newport Folk Festival. 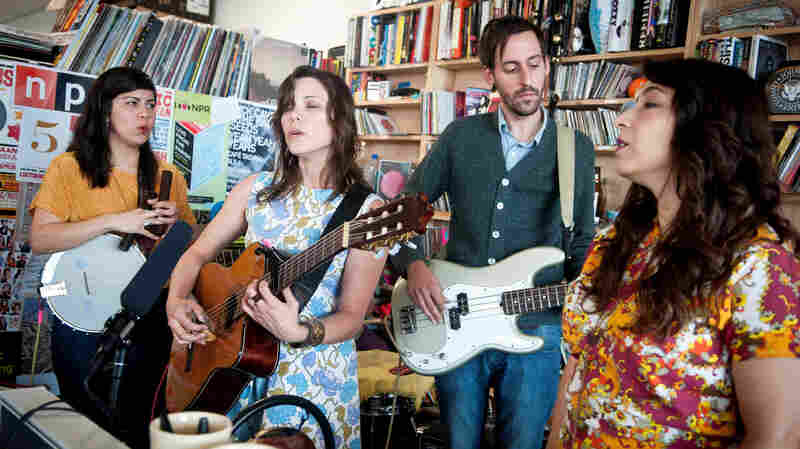 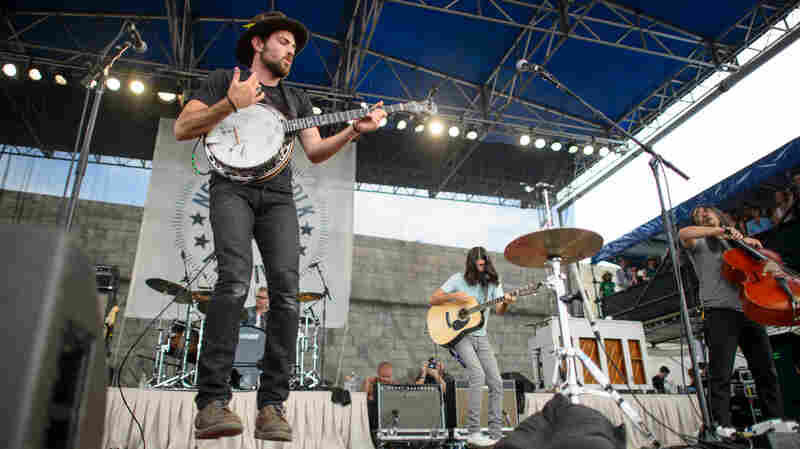 The Avett Brothers, Live In Concert

July 28, 2013 • Led by North Carolina brothers Seth and Scott Avett, the band blends showmanship and poignancy. Watch the band encore with "I And Love And You" and hear the full set. 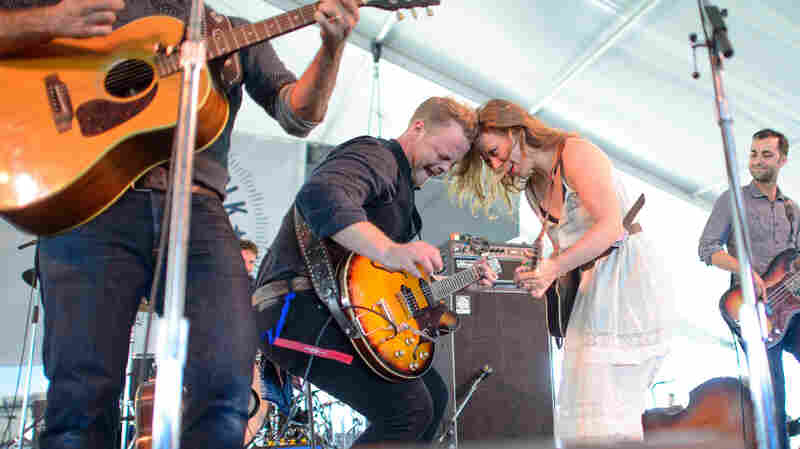 The Lone Bellow, Live In Concert

July 28, 2013 • Formed as a creative outlet for singer Zach Williams as his wife recovered from an accident that nearly paralyzed her, The Lone Bellow performs with a sense of necessity. 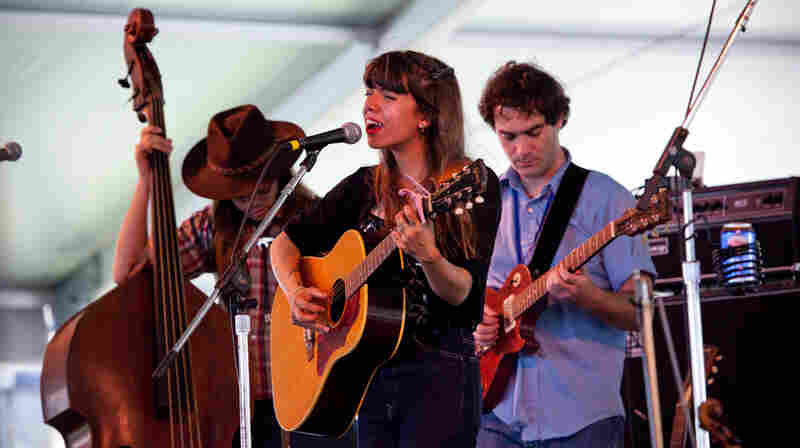 Hurray For The Riff Raff, Live In Concert

July 27, 2013 • The New Orleans band exists as a vehicle for the powerhouse songs of Alynda Lee Segarra, whose gigantic voice conveys the grit of bluesy soul while still fitting within rootsy folk and country. 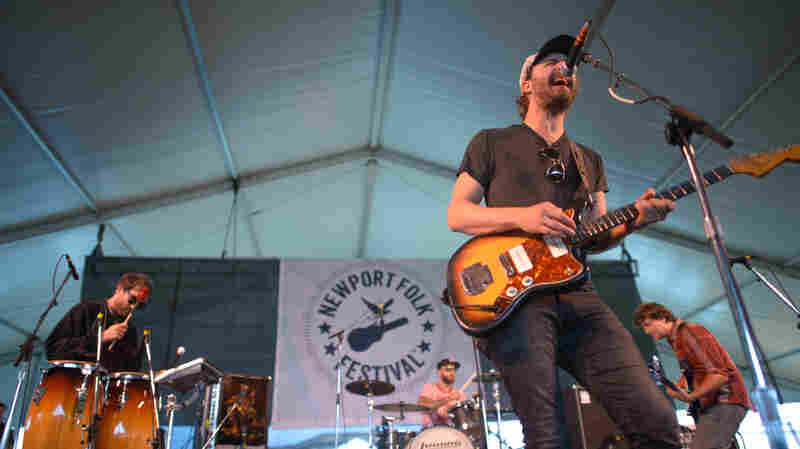 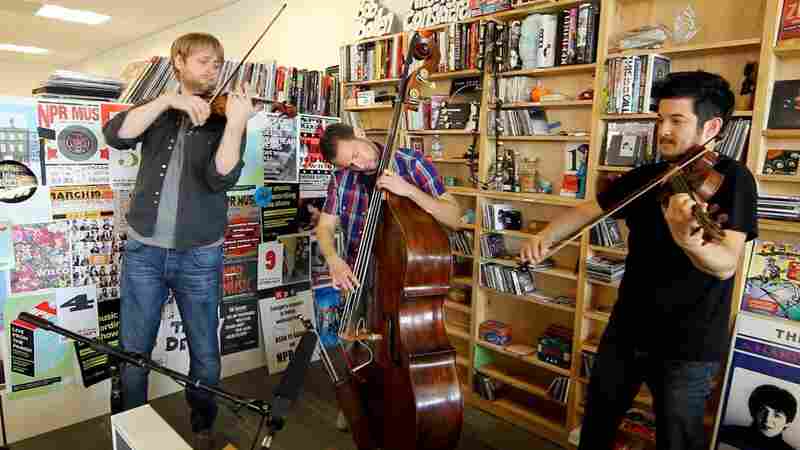 July 27, 2013 • In person, the members of Time for Three come off as just three dudes in a band. But with their staggering technique and freewheeling genre-crossing, it's hard not to be swept up in the force of their contagious energy. Hear the "classically trained garage band" perform in the NPR Music offices. 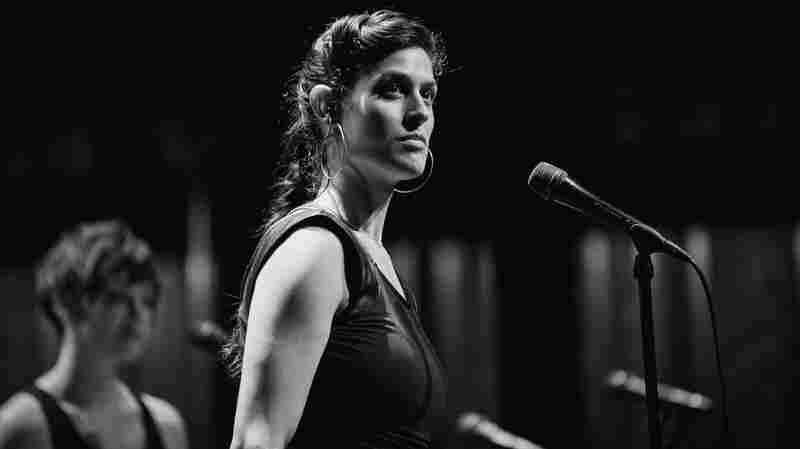 July 25, 2013 • The Twin Cities area is home to Doomtree, one of the best independent hip-hop collectives in the country. Dessa, its only female MC, has stepped up the singing on her new solo album, Parts of Speech. 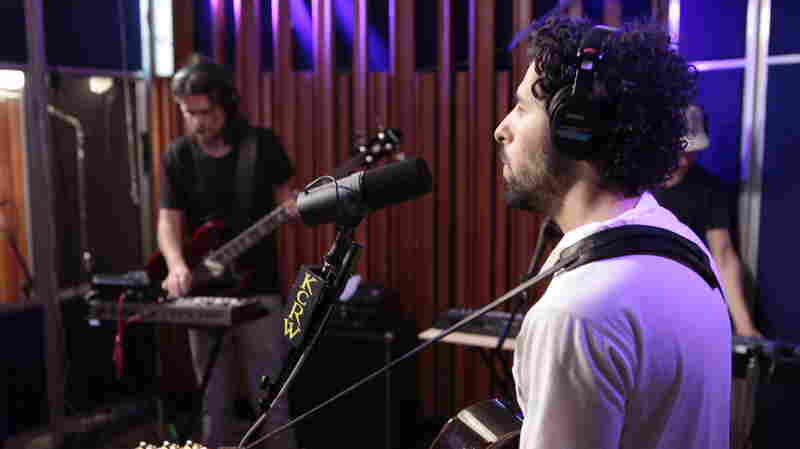 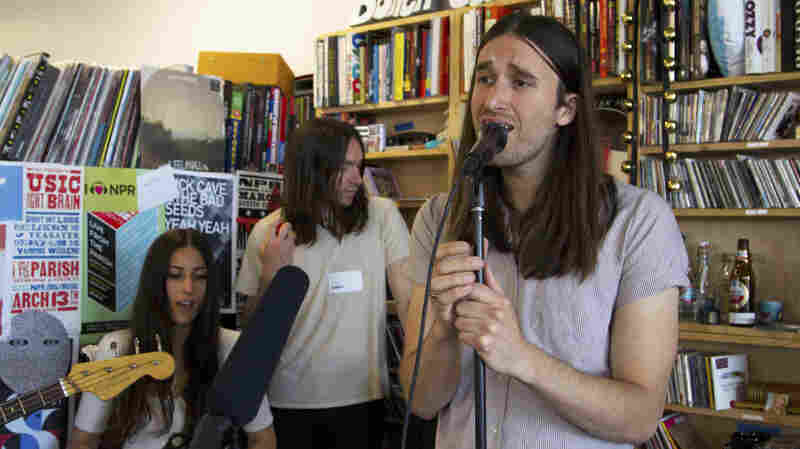 July 22, 2013 • Guards' music captures the pop sound of the late '50s and early '60s, but with more power and polish. Hear three sturdy pop songs from the band's first album, In Guards We Trust, performed live at the NPR Music offices. 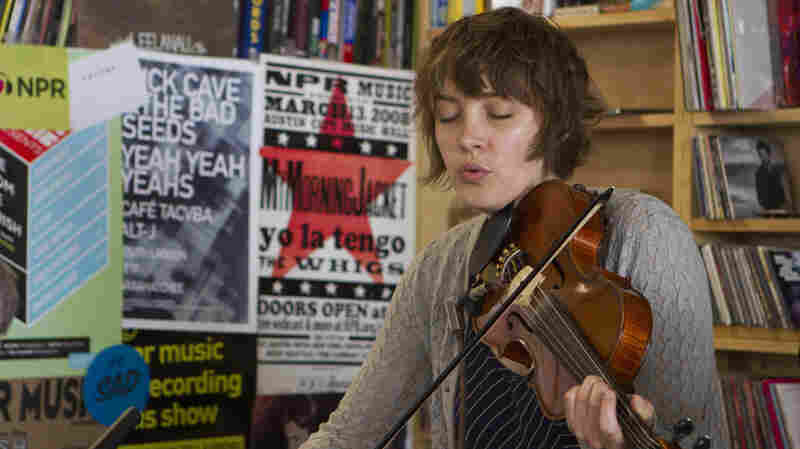 July 20, 2013 • The multi-talented singer, instrumentalist and music therapist showcases some of the quieter, moodier moments from Among the Grey (the slinky "Raymaker," the dreamy "Whole Heart") before closing with the more forceful "Wait for It." Along the way, Mize's voice rings out assertively in every style and setting. 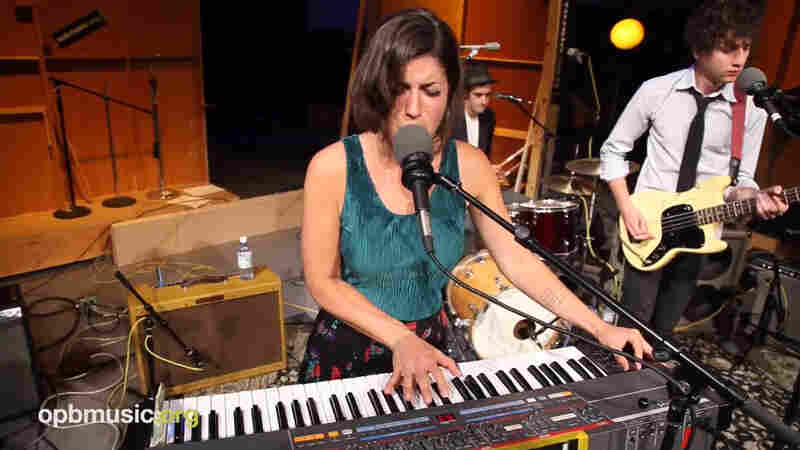