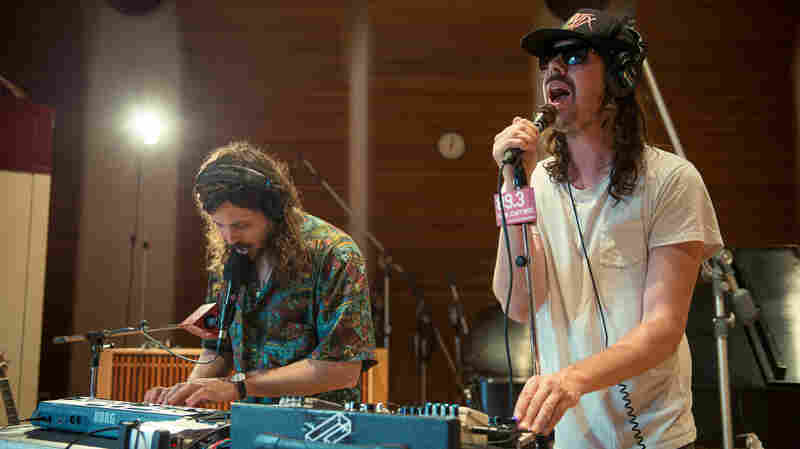 Liars: Laying Down An Ominous Groove

July 31, 2012 • The talented Los Angeles trio has defied easy description for more than a decade. Watch singer Angus Andrew and his crew as they bring "No. 1 Against the Rush" to life in the studio. 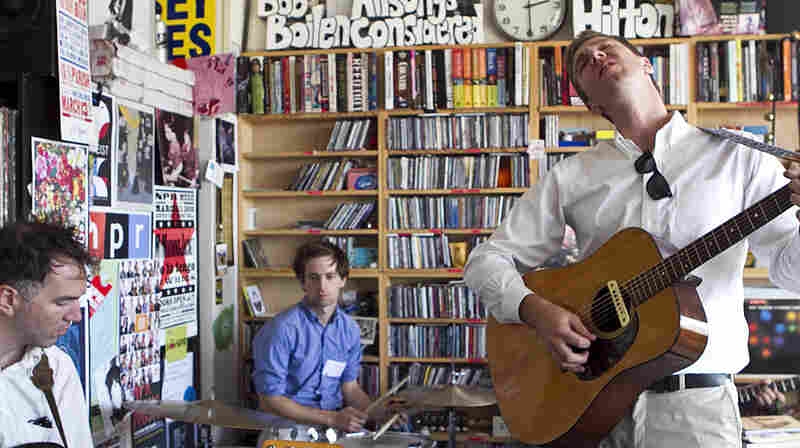 July 29, 2012 • Singer Hamilton Leithauser may wield an acoustic guitar in these three songs, but this is no awkward attempt to shoehorn booming rock anthems into arrangements that don't suit them. It's clear that these guys were making the Tiny Desk accommodate their sound rather than the other way around. 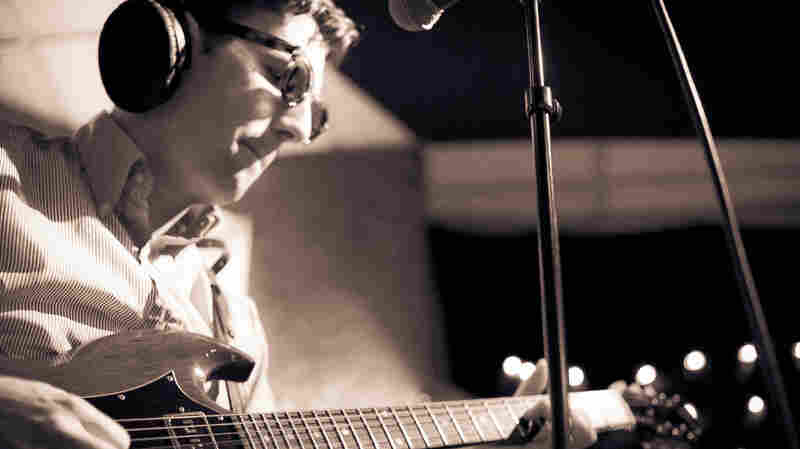 Nick Waterhouse: The Now Sound From Way Back

July 25, 2012 • The L.A. soul revivalist brings his love of everything analog to a studio session at KEXP. The 26-year-old is in fine form throughout, as he showcases a musical intellect far beyond his years. 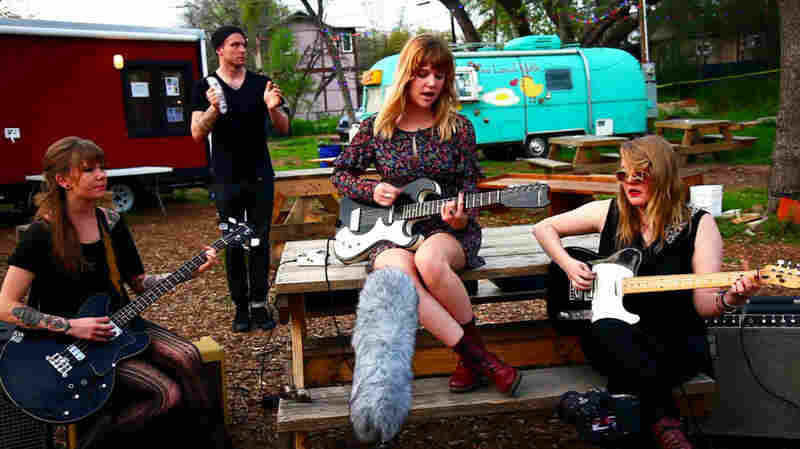 July 25, 2012 • Just as we hit that glorious "magic hour" where the sun begins to glow off its members' long golden hair, Bleached performs "Electric Chair" at a food-truck parking lot off a highway in Austin, Texas. 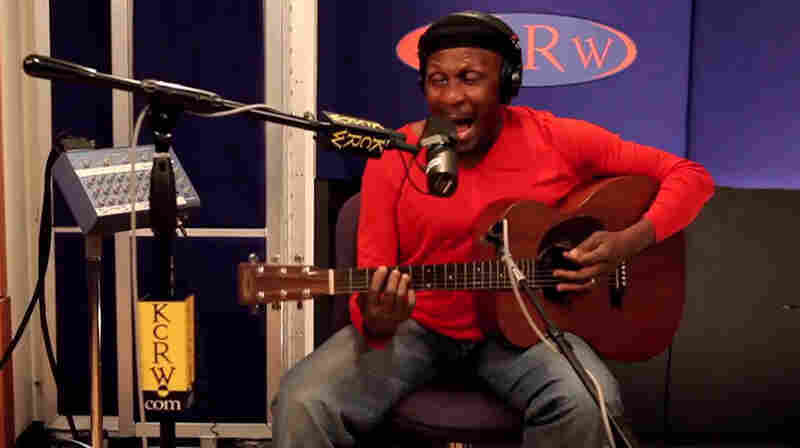 July 24, 2012 • The reggae legend performs music from his new album, Rebirth, for Morning Becomes Eclectic at KCRW. Watch Cliff run through "One More" here, and check out his entire session at KCRW.com. 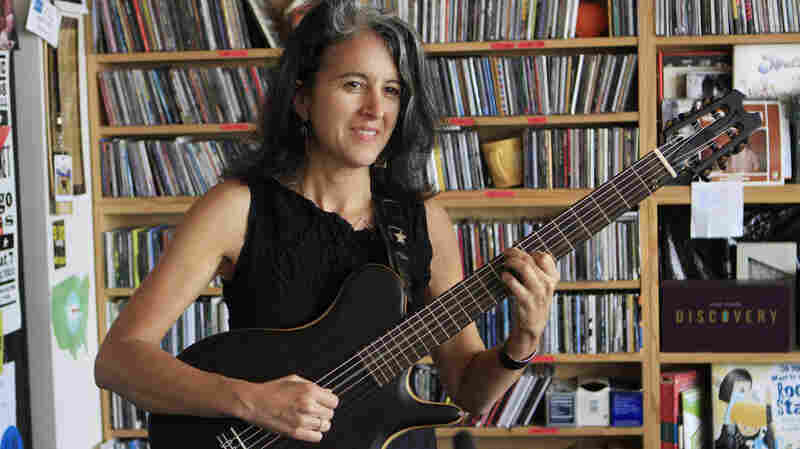 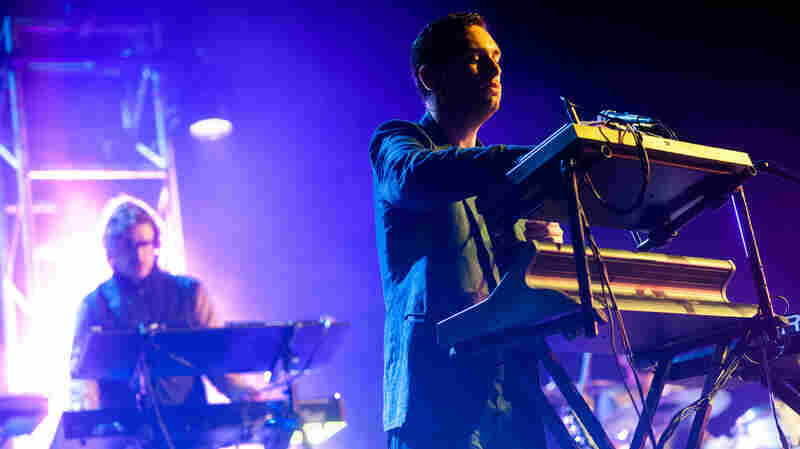 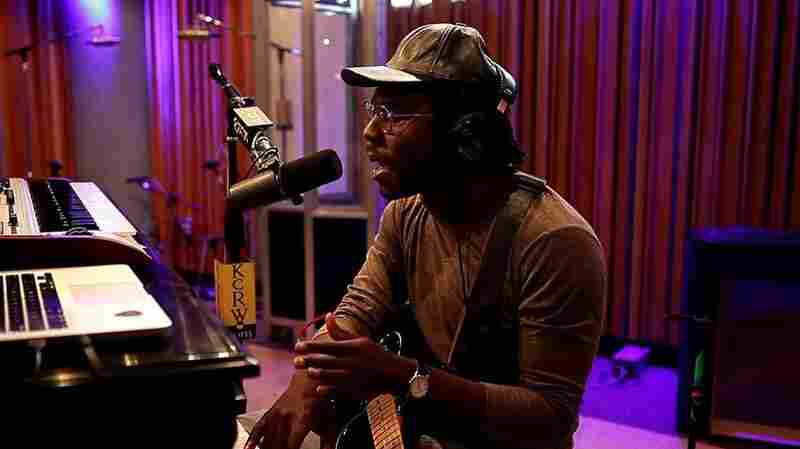 July 18, 2012 • Dev Hynes is the one-man band behind Blood Orange: he sings, plays guitar and piano, and triggers a laptop all at the same time. Watch him perform "Champagne Coast" on KCRW's Morning Becomes Eclectic. 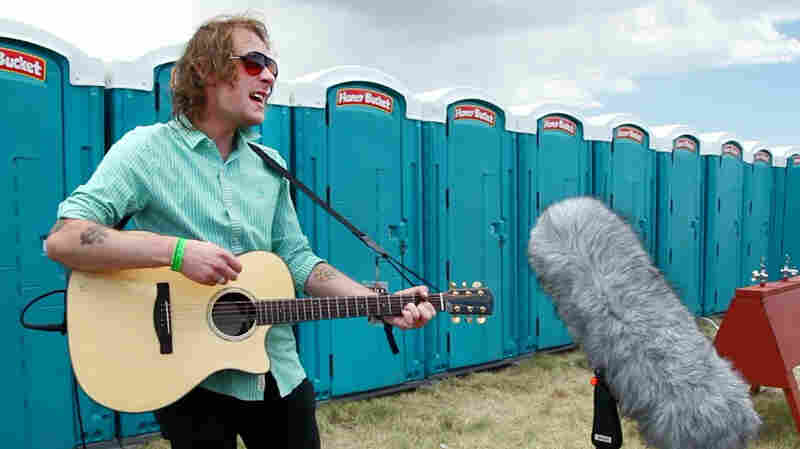 Deer Tick Among The Honey Buckets 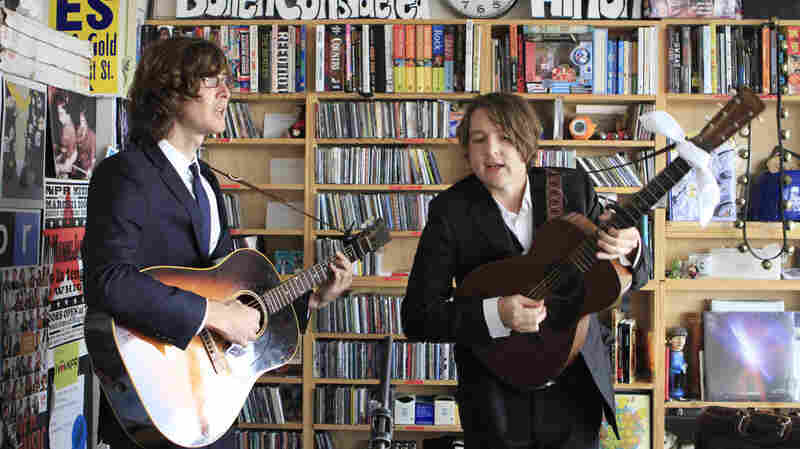 July 16, 2012 • Joey Ryan and Kenneth Pattengale get a lot done with subtle gestures, but there's real sophistication to the three gorgeous, harmony-rich folk-pop songs they recently performed in the NPR Music offices. 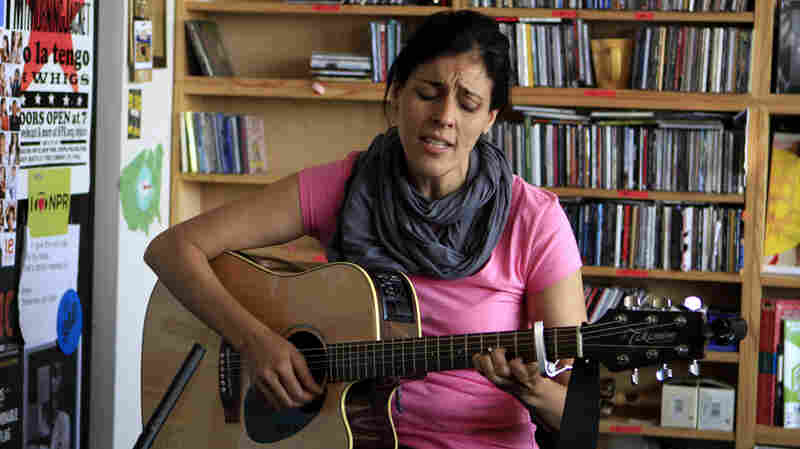 July 15, 2012 • A soulful yet steely singer-songwriter from Algeria charts her own course, from withstanding death threats in her native country to selling hundreds of thousands of records around the globe. Watch her perform four songs in the NPR Music offices. 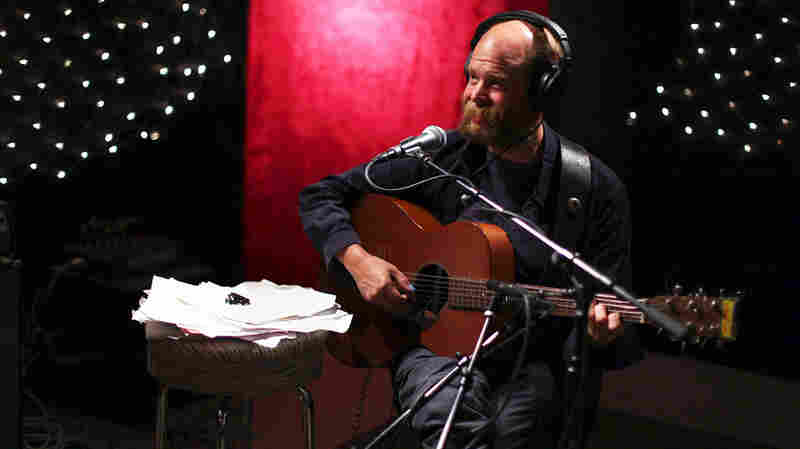 Bonnie 'Prince' Billy: A Man With A Plan

July 12, 2012 • Will Oldham stops by the KEXP studios in Seattle to perform old and new songs from his Bonnie 'Prince' Billy catalog. Watch the entire half-hour live set. 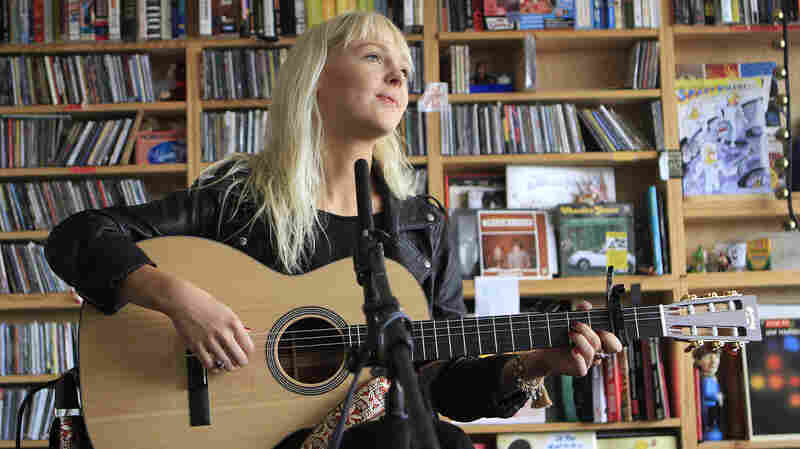 July 12, 2012 • In this performance at the NPR Music offices, two pieces from Laura Marling's newest record, 2011's A Creature I Don't Know, bookend a gorgeous new song called "Once." She'd never even recorded "Once," let alone released it, so consider this performance a premiere of sorts. 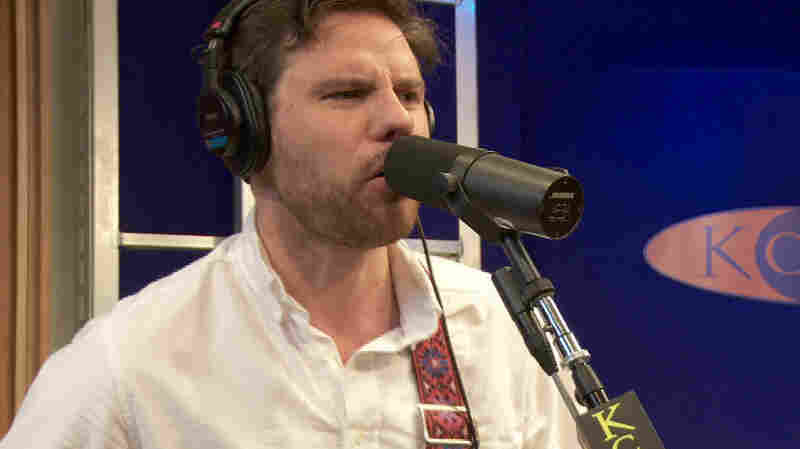 July 11, 2012 • Afie Jurvanen first made a name for himself playing guitar for Feist. Since then, he's reinvented himself in the band Bahamas and released an album. Watch him perform "I Got You Babe." 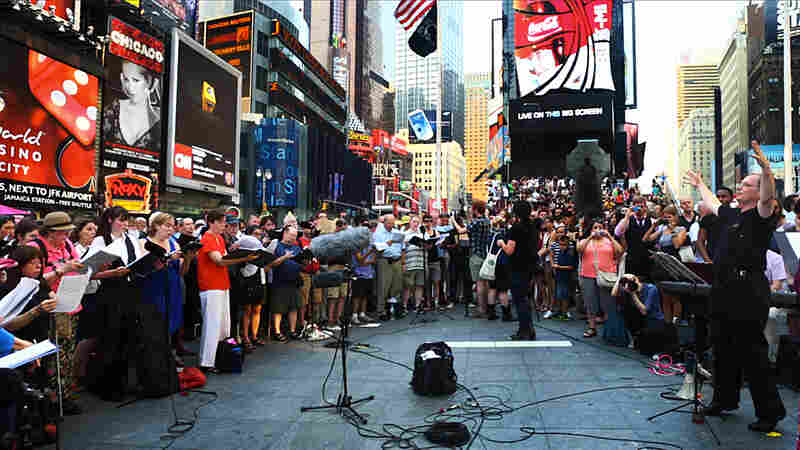 July 10, 2012 • Watch a "flash choir" descend upon Times Square to sing a world premiere of music by Philip Glass, commissioned by NPR Music in honor of the composer's 75th birthday.