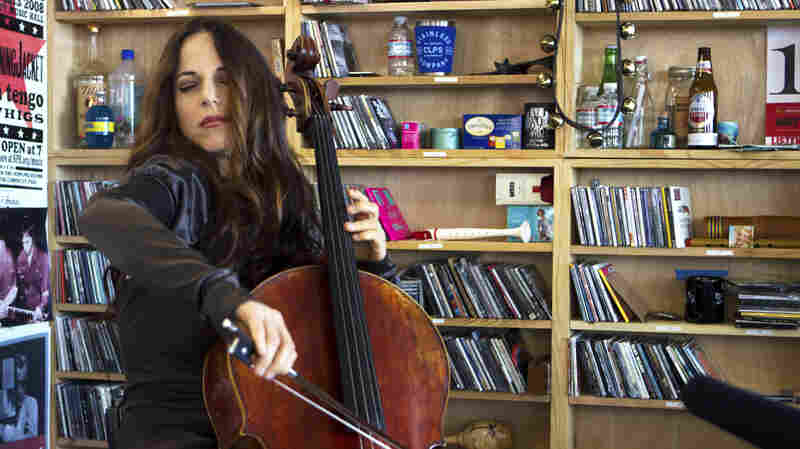 June 29, 2013 • With a stunning command of her instrument, Beiser stays tightly tied to technology. She takes the sound of her cello and runs it through loop pedals to make her instrument shimmer, drone and groove. 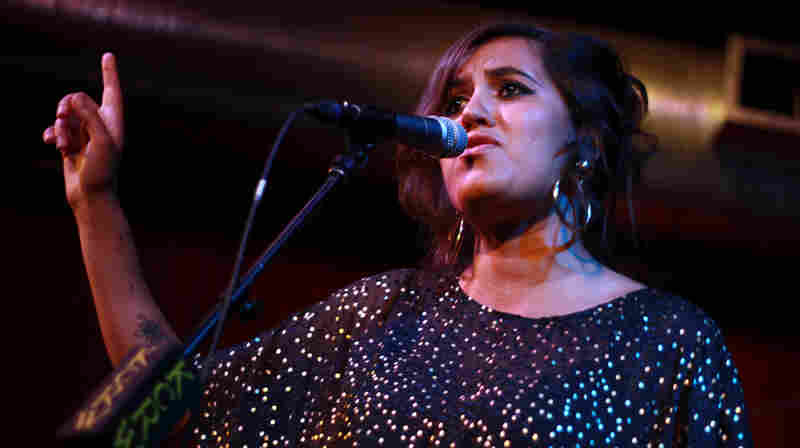 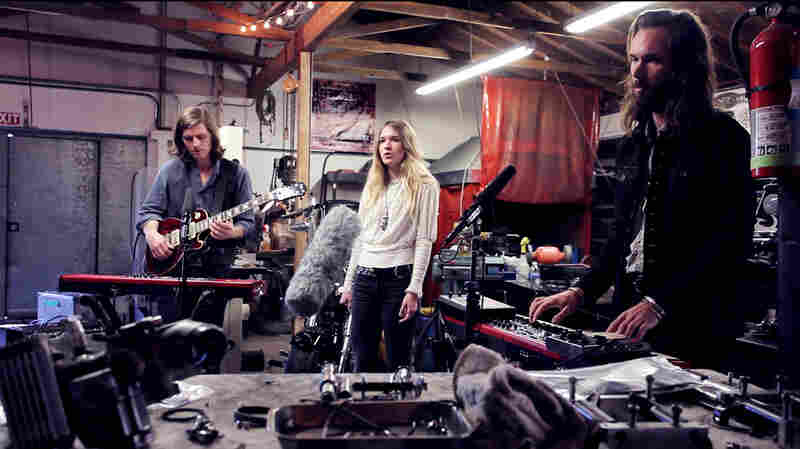 June 26, 2013 • Watch the band play one of its breeziest songs, "Love Like This," at a Los Angeles bike shop. The song's vibe evokes images of sunny, leisurely rides down the famed Pacific Coast Highway. 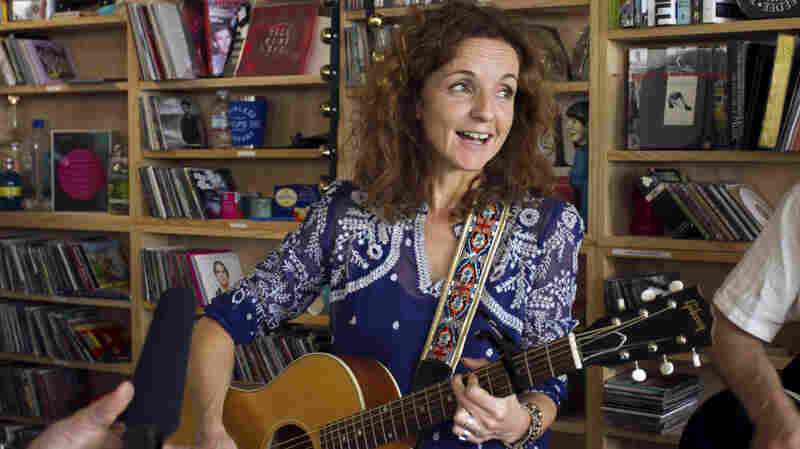 June 24, 2013 • Griffin has always had a gift for locating a song's nerve endings; for surveying her subject matter and identifying the most efficient possible pathways to listeners' emotions. At the NPR Music offices, Griffin and her band perform three songs from her new album, American Kid. 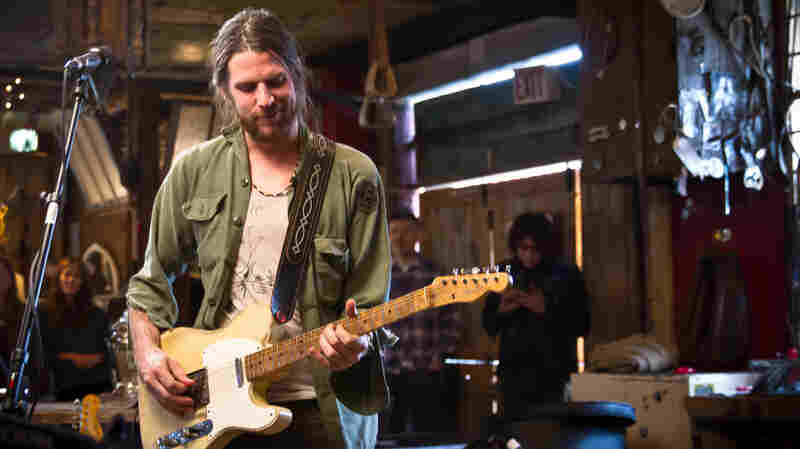 June 20, 2013 • The North Carolina singer-songwriter is devoted to replicating the laid-back West Coast groove of the '70s. Watch him perform a new song, "Love Strong," for KEXP at Seattle's US Social Club. 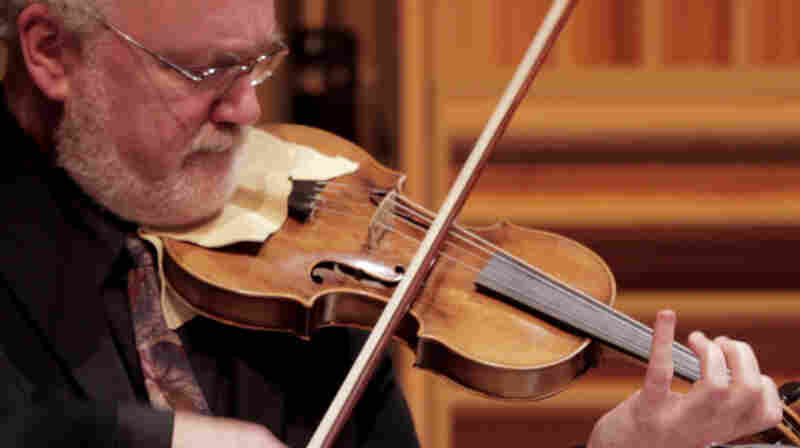 Daniel Stepner performs on the violin once owned by Mozart himself. WGBH hide caption

June 19, 2013 • Hear the full program and see an excerpt of the performances in Boston, thanks to a collaboration between the Salzburg Mozarteum, the Boston Early Music Festival and Classical New England. 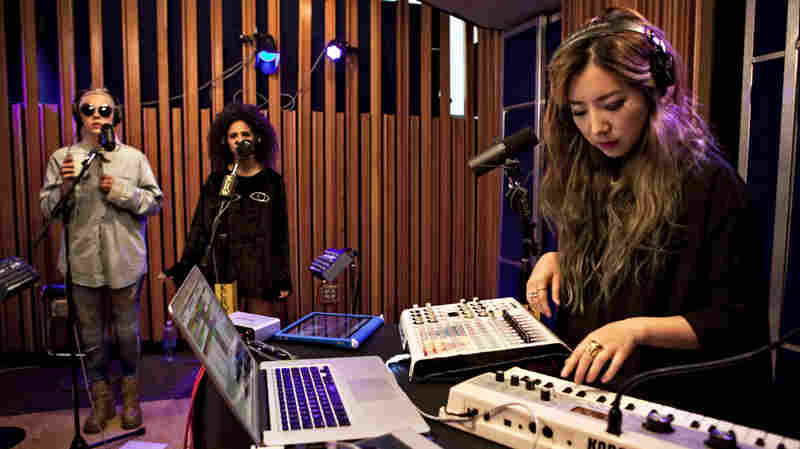 June 18, 2013 • Los Angeles producer Jennifer Lee (a.k.a. TOKiMONSTA) has toured with Skrillex and Diplo. She recently brought an assortment of gear to KCRW's Morning Becomes Eclectic studio for a live performance. 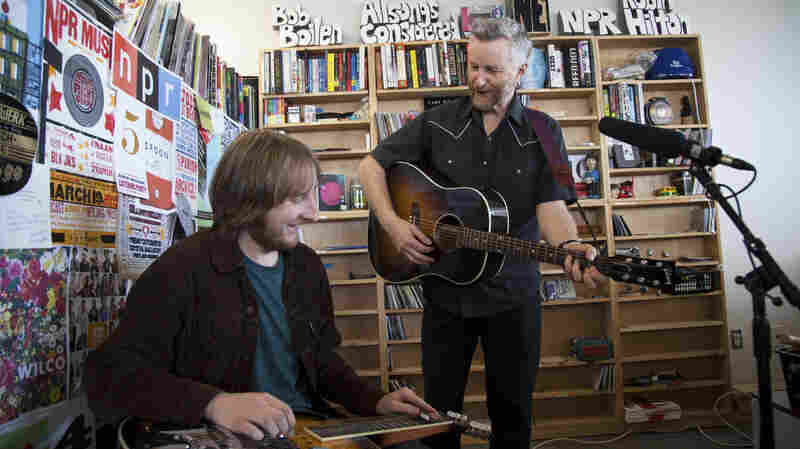 June 17, 2013 • One of the world's finest folksingers channels the spirit of Woody Guthrie at the NPR Music offices. As he has throughout his long career, Bragg finds a way to blend politics and music with grace, charm and a rough edge. 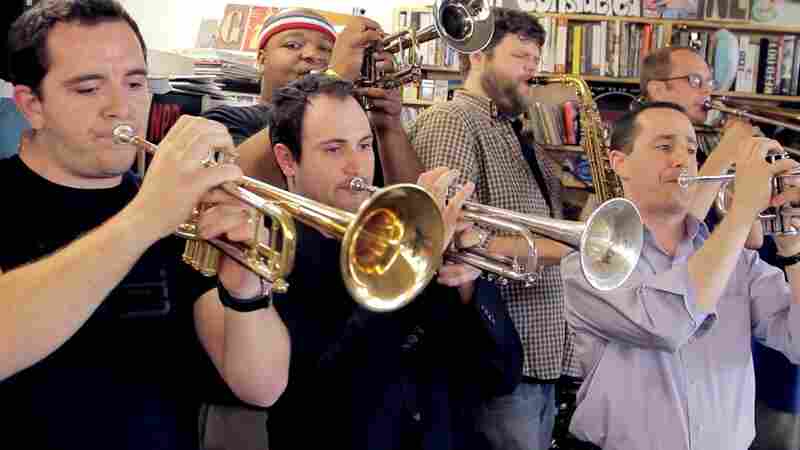 June 15, 2013 • When a studio engineer and drummer from New Orleans met one of the best trombone players in Richmond, Va., a funky, danceable, street-style brass band was born. Watch 11 musicians squeeze behind NPR Music's Tiny Desk, turn up the funk and fly the "RVA" flag high. 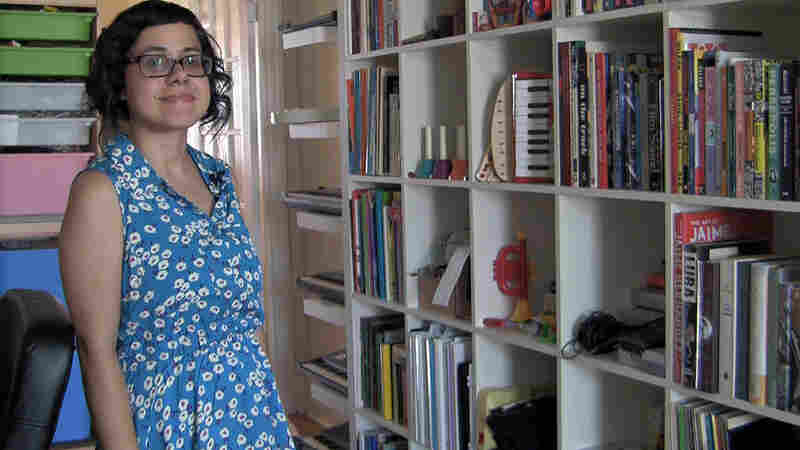 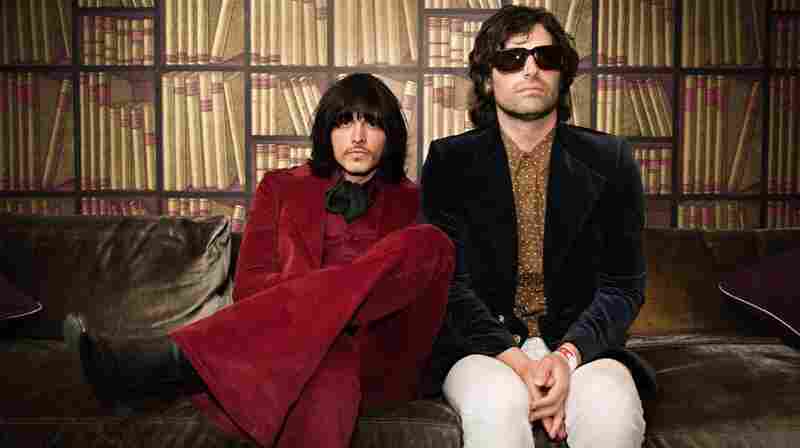 Members of The Olms hang out before their show at Apogee's Berkeley Street Studio in Santa Monica, Calif. Justin Wise/KCRW hide caption 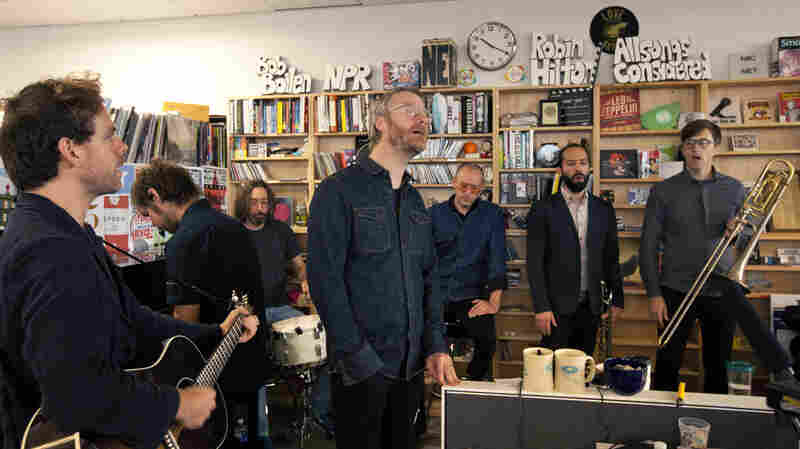 June 10, 2013 • Watch the band perform acoustic arrangements of four songs from its new album, Trouble Will Find Me. 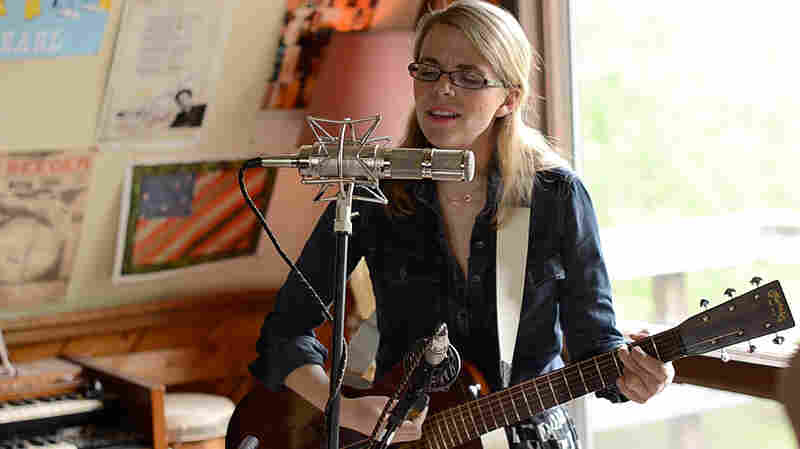 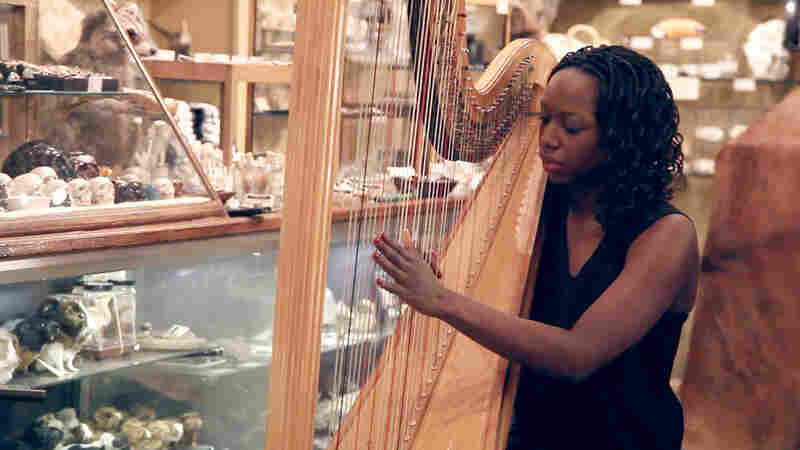 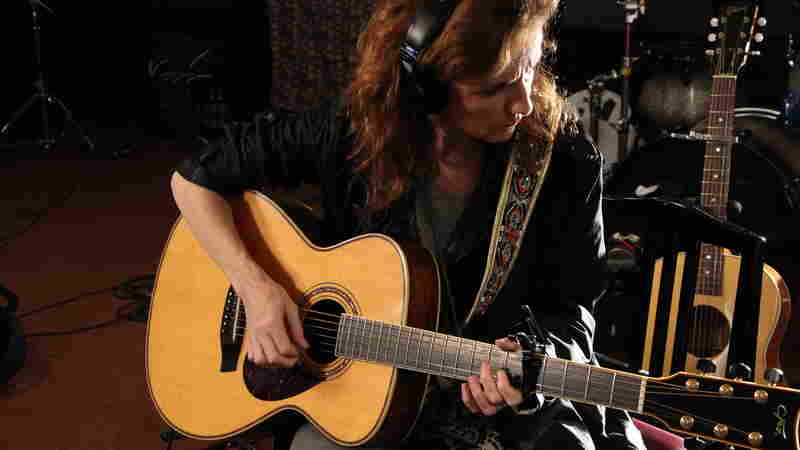 Patty Griffin Sings A Song For Her Father

June 5, 2013 • The veteran singer-songwriter recently returned with her seventh album, American Kid, which was written as a tribute to her dad. Watch Griffin perform "Don't Let Me Die in Florida" live at WFUV.