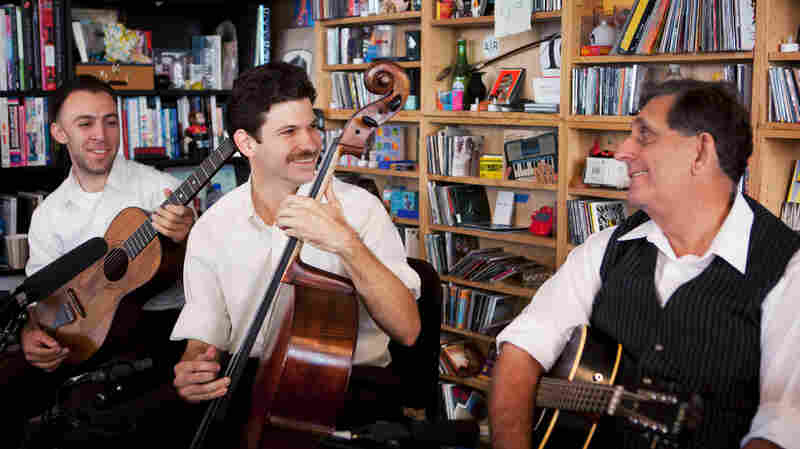 May 29, 2015 • A young man with an old musical soul has a spellbinding voice, fluid fiddle playing and warm-toned banjo picking. 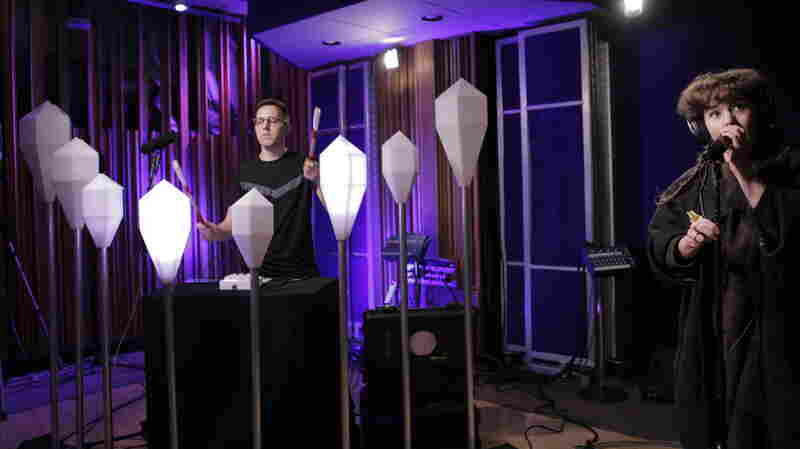 May 28, 2015 • Towing an apparatus that's both percussion instrument and light show, the duo performs "Bodyache" live in the studio. 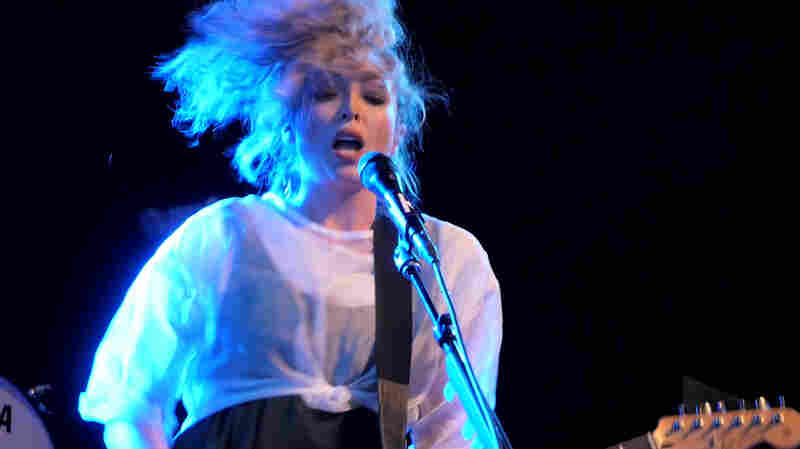 Katie White of The Ting Tings, during a live performance at the Paradise Rock Club in Boston, Mass. WGBH Music hide caption

May 27, 2015 • The English electro-pop duo induces a Boston crowd to dance to an upbeat track from Super Critical. 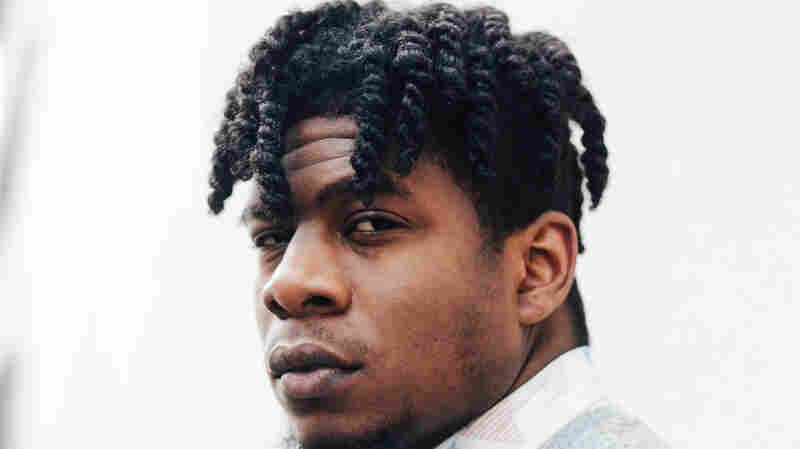 Mick Jenkins' new EP, The Wave[s], will be released this summer. Lawrence Agyei/Courtesy of the artist hide caption

May 26, 2015 • Watch the hydration-obsessed Chicago rapper's new video for the Kaytranada-produced single from his upcoming EP, Wave[s]. 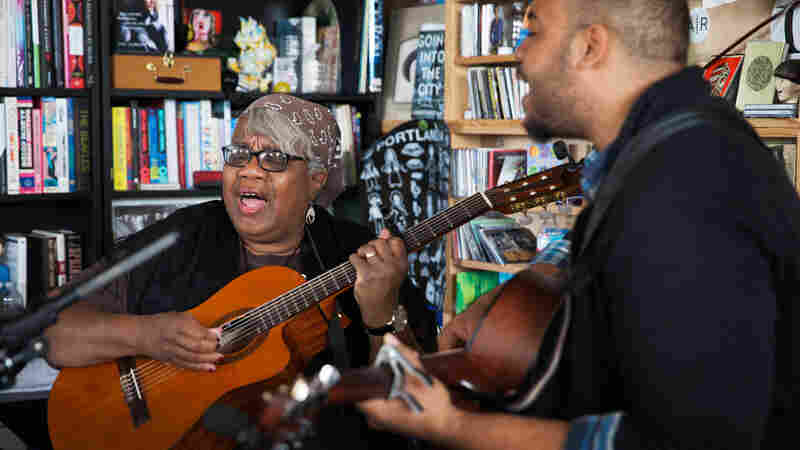 Madisen Ward And The Mama Bear

May 26, 2015 • The mother-son duo's songs are memorable and singable even days after you hear them. This short set is a perfect introduction to a one-of-a-kind duo. 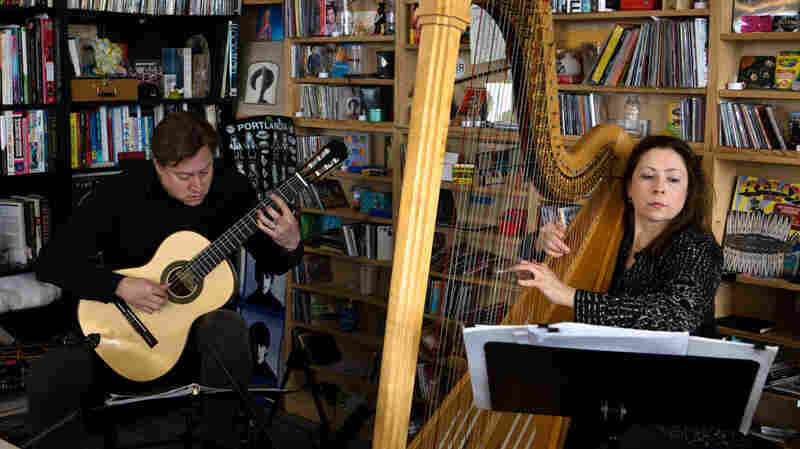 May 22, 2015 • Watch two master musicians combine the sounds of harp and guitar into a singular, evocative instrument in music influenced by Africa and Asia. 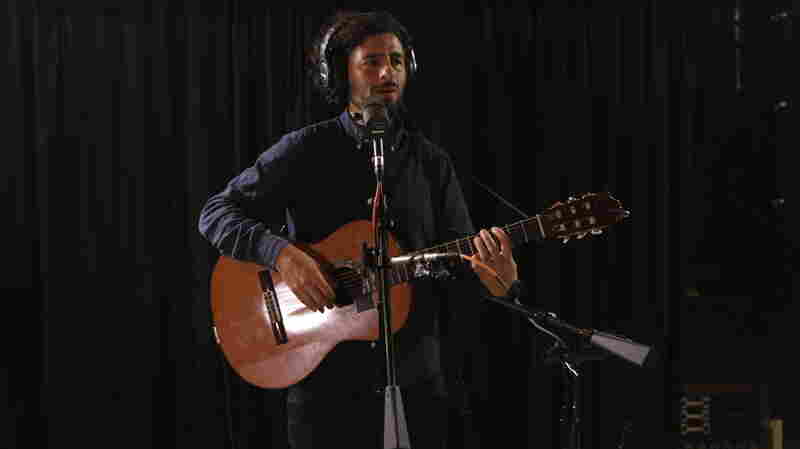 May 21, 2015 • Watch the Swedish-Argentine singer perform "Let It Carry You," a stunningly beautiful song from Vestiges And Claws, live in the studio. 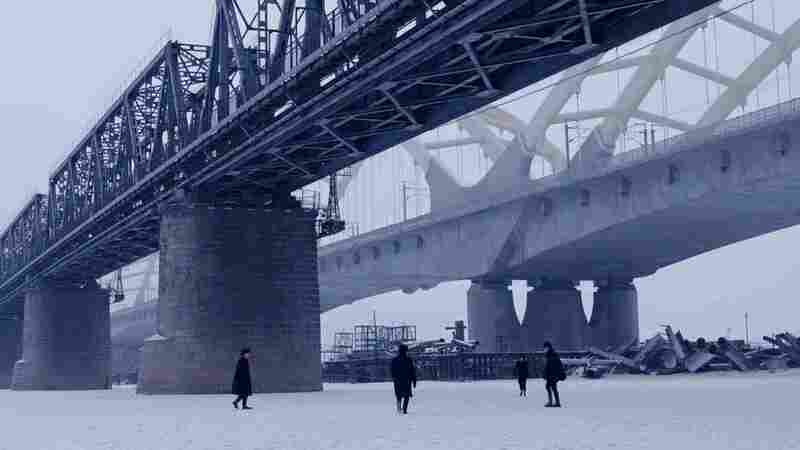 A still from Chui Wan's "The Sounds Of Wilderness." Courtesy of the artist hide caption

May 21, 2015 • The Chinese psych band breathes in every sound to exhale a dazzling collage. The group members go through the minutiae of the everyday to reach enlightenment in a beautifully shot video. 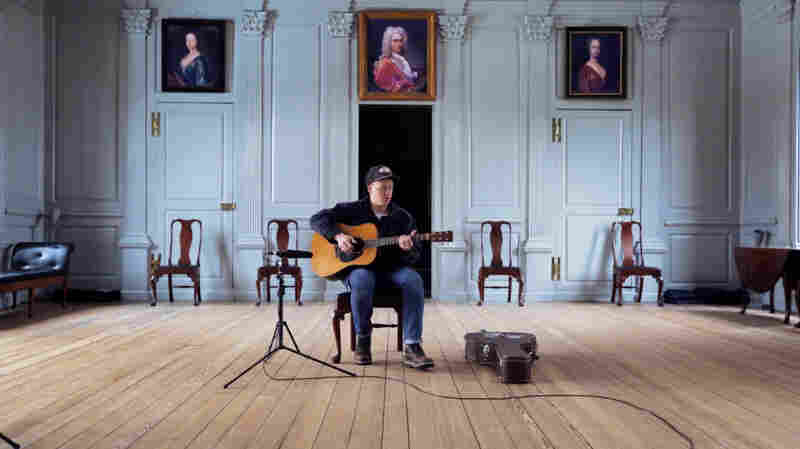 May 21, 2015 • The acoustic guitarist's "Song For The Setting Sun II" boldly leaps around a sunlit room in Stratford Hall, home to four generations of Virginia's Lee family. 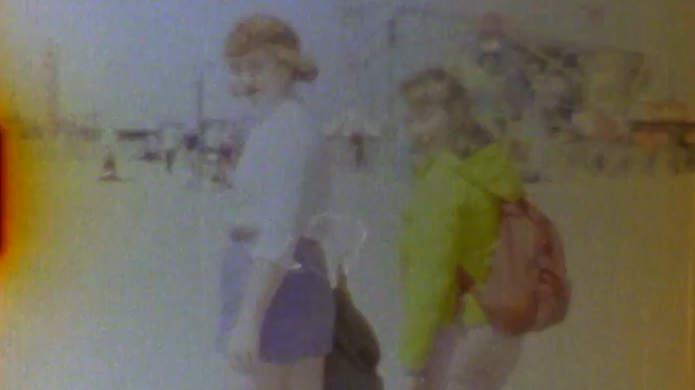 Philadelphia-via-L.A. duo Girlpool take a day at the beach in their new video, "Before The World Was Big." Courtesy of the artist hide caption

Girlpool, 'Before The World Was Big'

May 20, 2015 • Trust falls, Ferris wheels, and nostalgia define the new video for "Before The World Was Big" from lo-fi punk duo Girlpool. 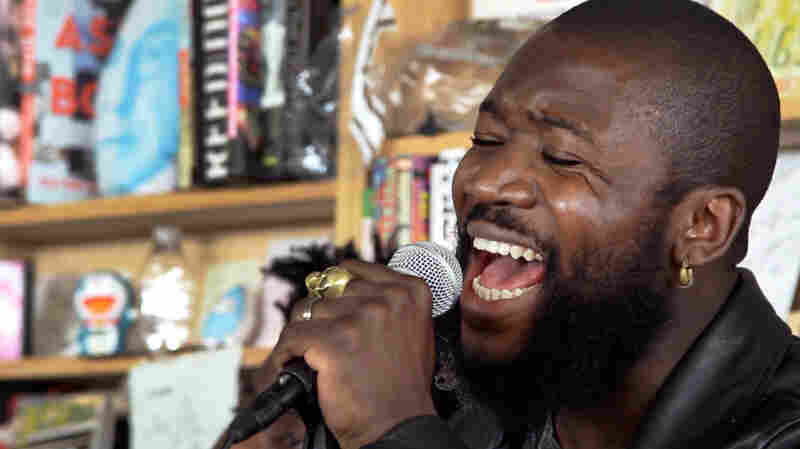 May 19, 2015 • The Scottish group's intense, electronics-driven, hip-hop-infused poetry is reduced to just the barest essentials in this set, which spans two songs and just four minutes. 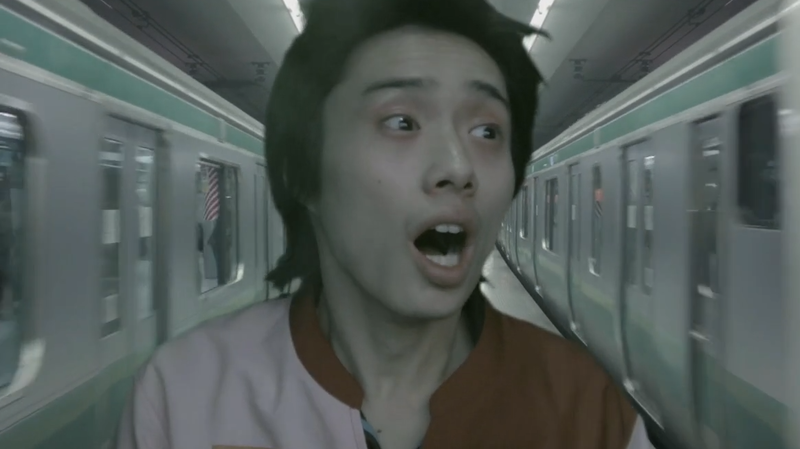 A still from Rone's "Acid Reflux." Courtesy of the artist hide caption

May 19, 2015 • After eating mass-produced sushi, a man goes on a pulsing psychedelic trip full of benevolent ghosts, skyscraper Tetris and terrifying hallucinations. 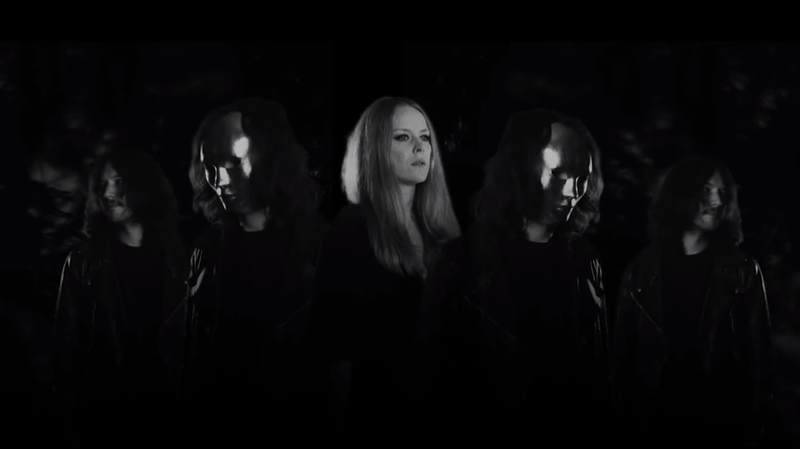 A still from "Izrael." Courtesy of the artist hide caption

May 19, 2015 • After the breakup of The Oath, vocalist Johanna Sadonis returns with Lucifer. In the video for "Izrael," the hard-rock band drives a hearse and sports ritualistic metal masks. 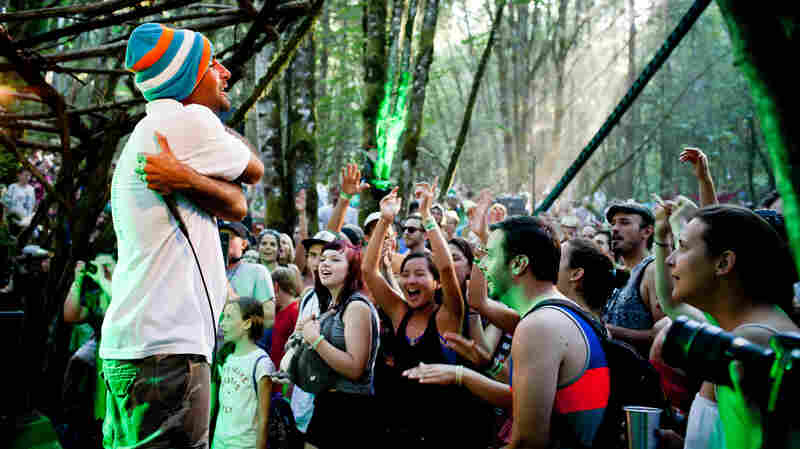 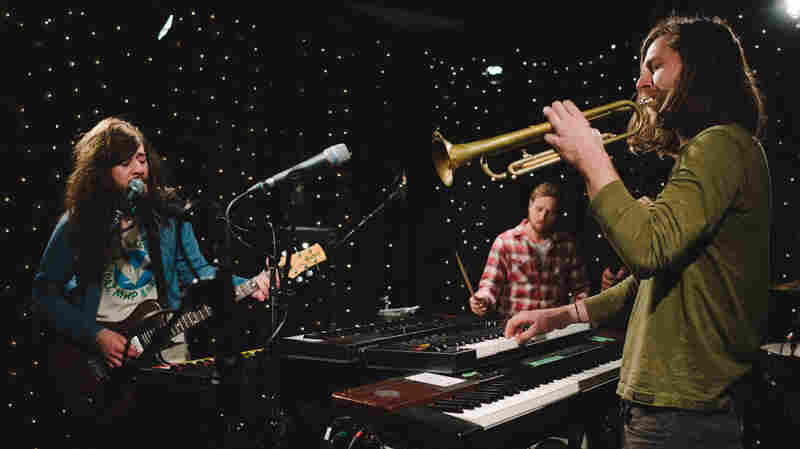 May 18, 2015 • The trio packs the studio with horns, strings and percussion to achieve its big, layered sound.