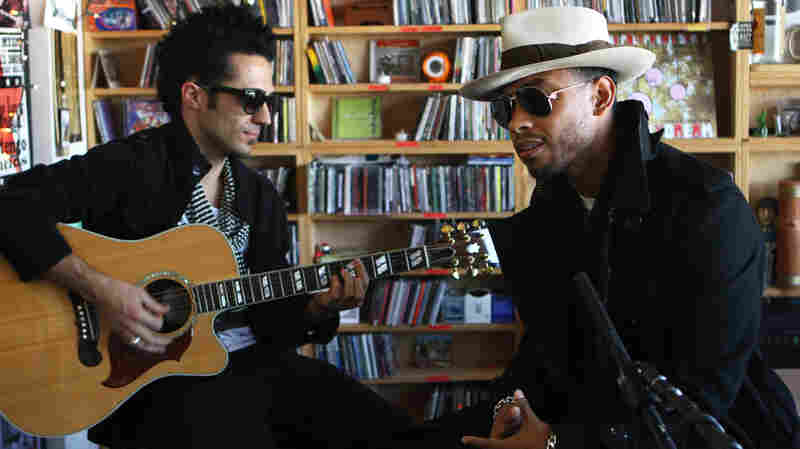 December 31, 2012 • Miguel turned up in the NPR Music offices early one morning, after playing a show late the night before. Calm and good-natured, he betrayed no hint that he was nervous about stripping his highly produced hits down to their bones. 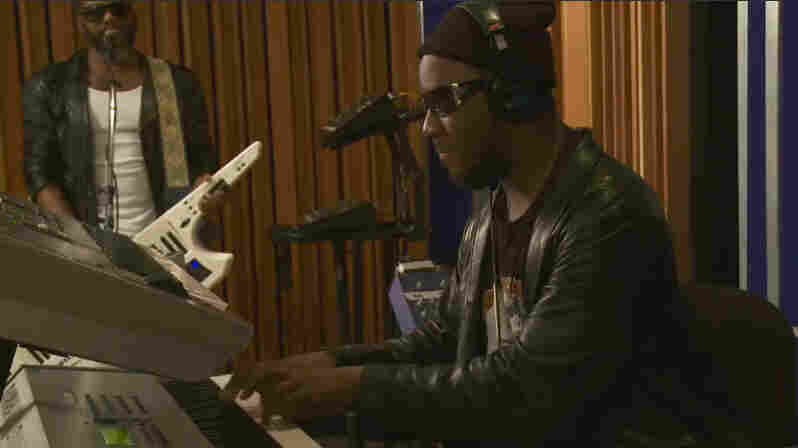 December 29, 2012 • Glasper's group makes a mix of jazz, soul and R&B. It's impossible to classify as one particular genre; it's as eclectic and different as it is cohesive and round. Watch the group perform "Lift Off." 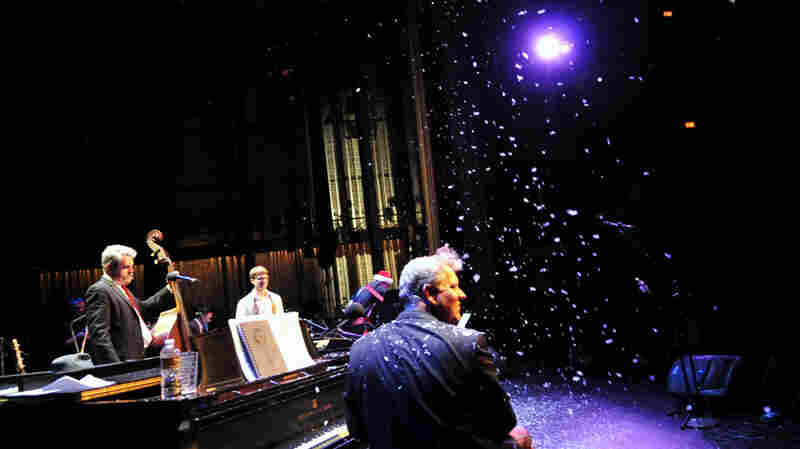 December 25, 2012 • This Twin Cities trio stages an annual holiday show at the Fitzgerald Theater in St. Paul; it's always the hottest ticket in town. Watch The New Standards perform for The Current. 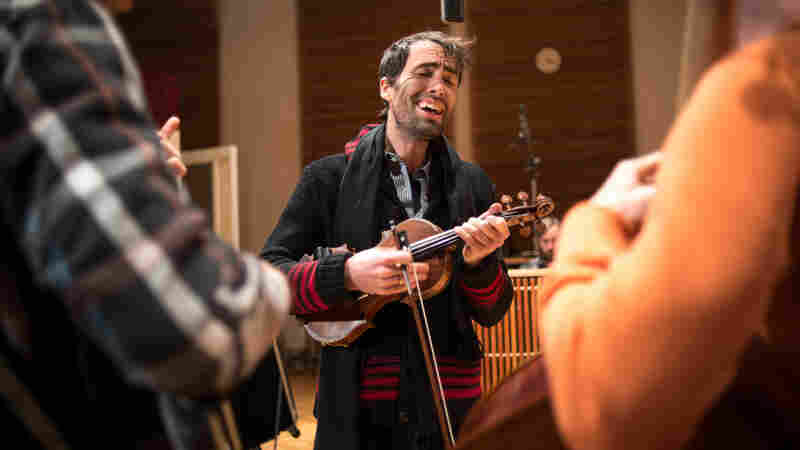 Andrew Bird: The Folksy Side Of An Inventive Star 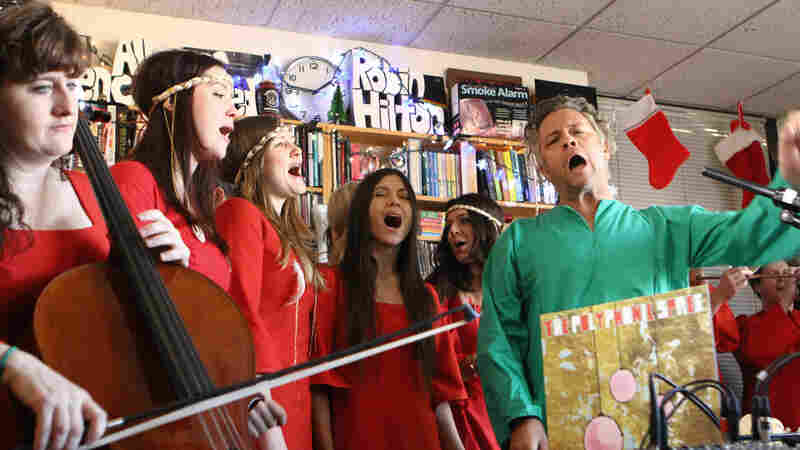 December 21, 2012 • The Polyphonic Spree's joyous holiday Tiny Desk Concert in 2012 broke our record (at the time) of "most people packed behind the desk." 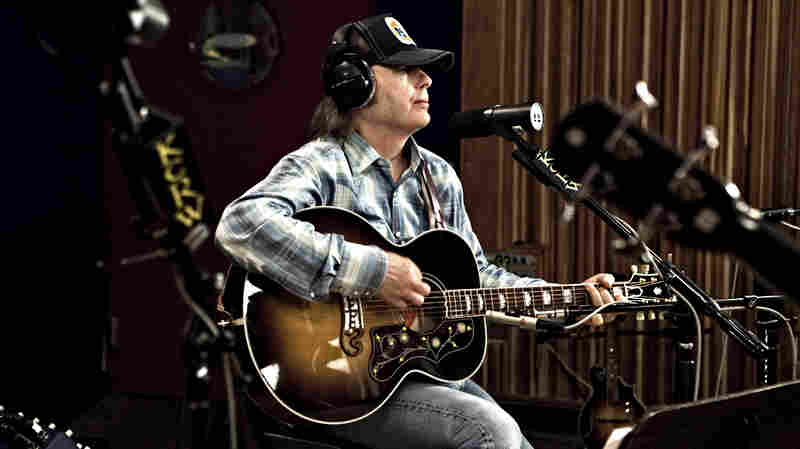 December 19, 2012 • One of country's most critically-acclaimed artists visits the "Morning Becomes Eclectic" studios at KCRW to perform "A Heart Like Mine," from his latest album, 3 Pears. 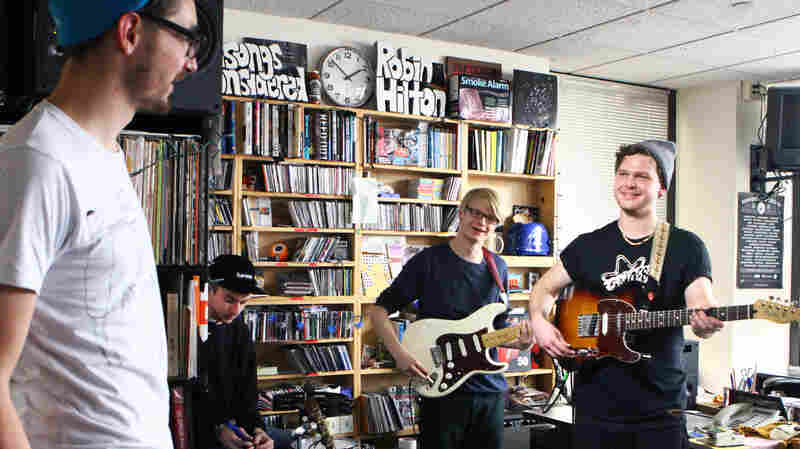 December 17, 2012 • The Mercury Prize-winning band plays angular, poetic music that takes unexpected turns, shifting gears when you least expect it. Seeing Alt-J live in the NPR Music offices reveals a few of its mysteries, making a group that can be difficult on first listen a bit easier to digest. 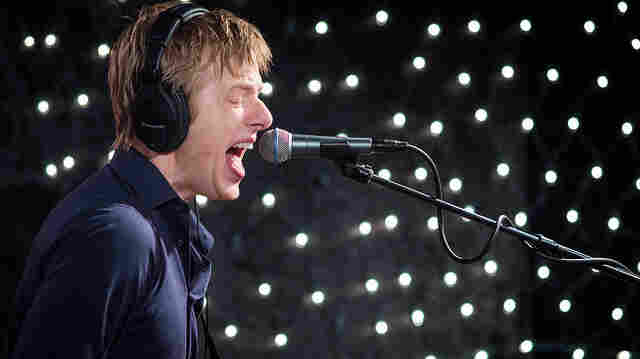 December 16, 2012 • Britt Daniel of Spoon and Dan Boeckner of Handsome Furs and Wolf Parade were responsible for one of public radio's songs of 2012, "Would That Not Be Nice." Watch Divine Fits perform the tune live. 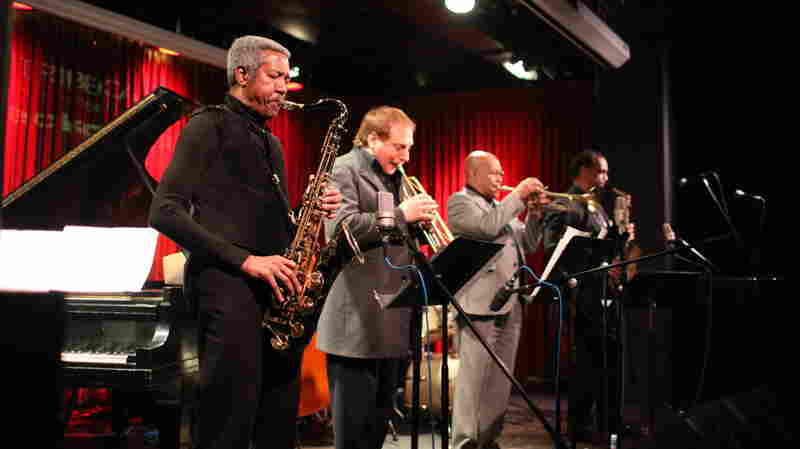 The Cookers: Live In Concert

December 12, 2012 • Take a group of heavyweight jazz masters — the kind who helped to make the classic records that defined the modern idiom — and put them together on stage: Of course there'll be fireworks. After five years, they've cohered as a band too. The Cookers lift off in loose assembly. 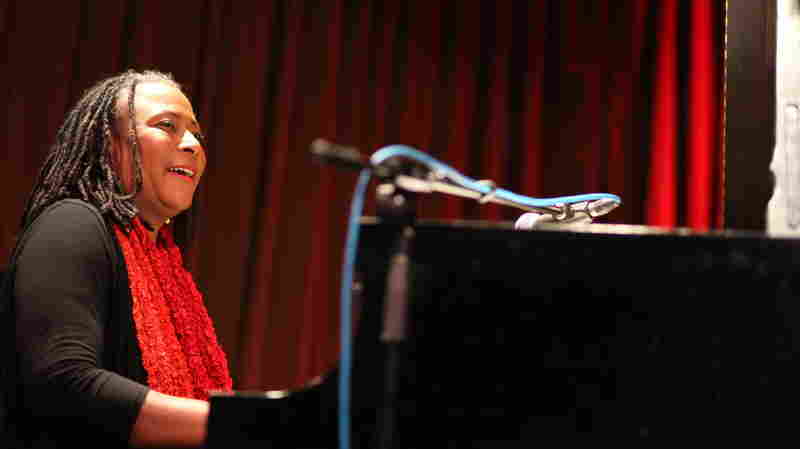 December 12, 2012 • For the better part of three decades, the pianist has been widely recognized as one of the fiercest and most inventive pianists in improvised music. Here, she rides the rhythmic boost of a particularly kinetic quartet, featuring tap dancer Maurice Chestnut. 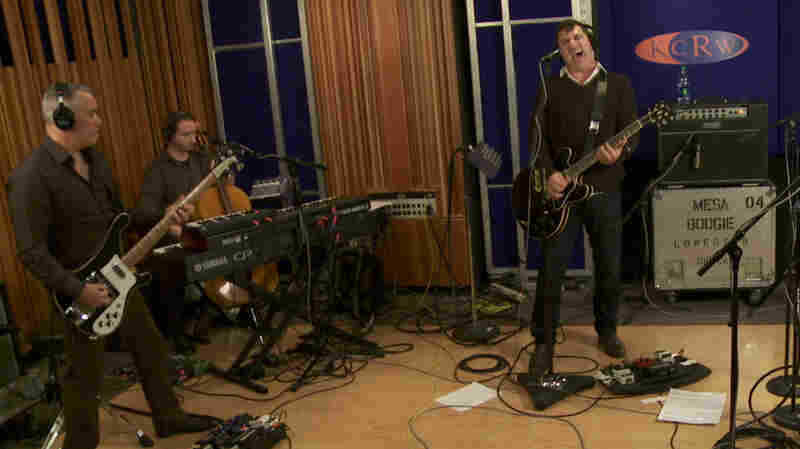 December 12, 2012 • The band's Gentlemen will be 20 years old soon, which has Greg Dulli, Rick McCollum and John Curley back on the road. Watch The Afghan Whigs power through "Fountain and Fairfax" at KCRW. 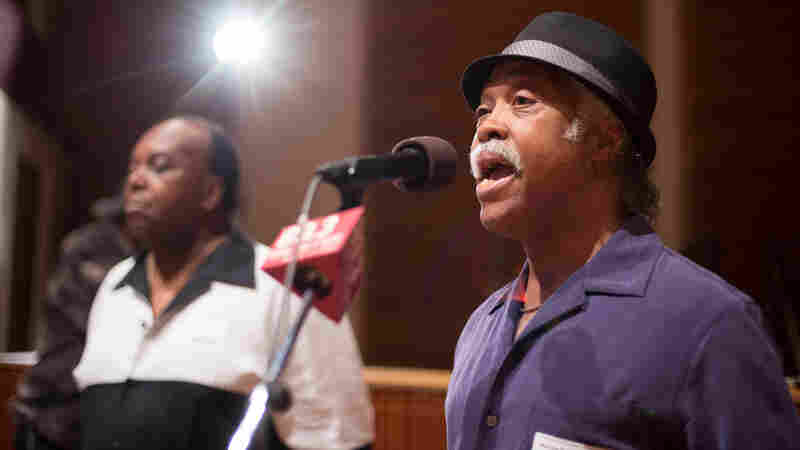 The Valdons: After Decades, A Funky Soul Reunion

December 11, 2012 • The Twin Cities were home to a vibrant funk and soul scene in the 1960s and '70s. One of that scene's bands, The Valdons, recently got back together for a special performance in The Current's studios. 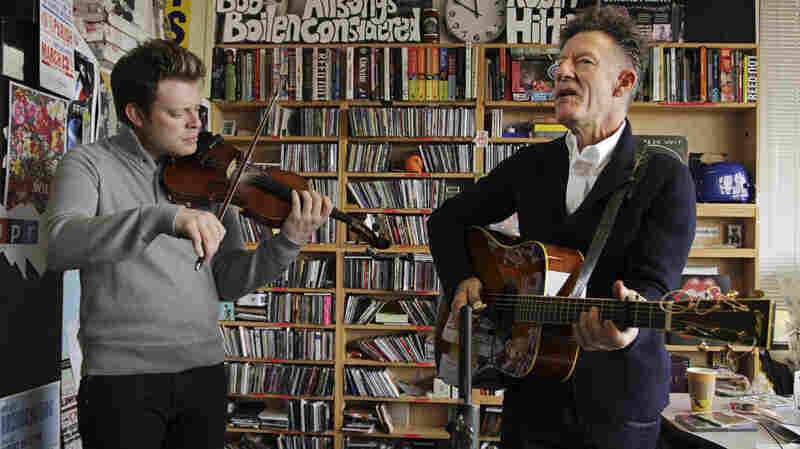 December 10, 2012 • Lovett gives a loose, engaging performance that feels like both an introduction and a victory lap. With a fresh-faced accompanist in fiddler and backup singer Luke Bulla, Lovett digs way back into his early archives here: All three of these songs are from his beginnings in the late '80s. 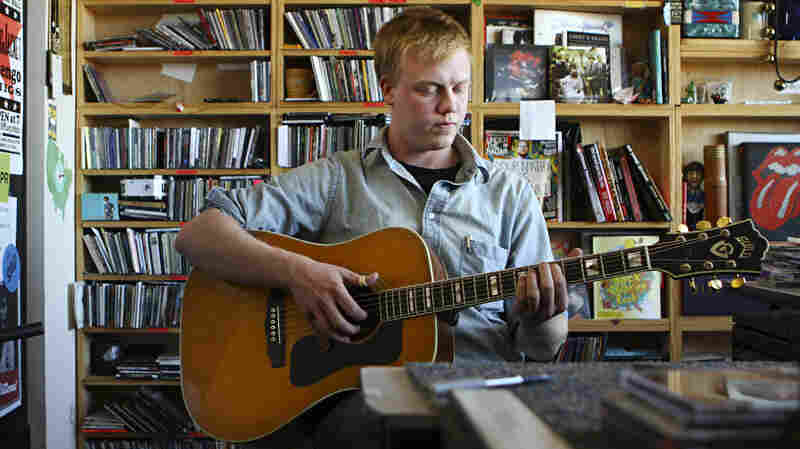 December 9, 2012 • Once Bachman zeroes in on the center of a song, it's easy to get lost in it yourself. From a foot-stomping reel to the reflective and tumultuous title track from Seven Pines. 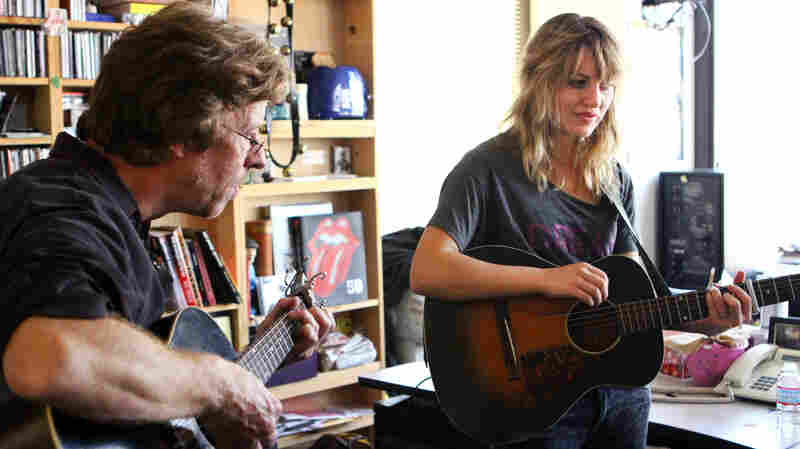 December 6, 2012 • Singing and playing alongside guitarist and longtime collaborator Michael Chorney, the Vermont singer-songwriter performs three of Young Man in America's most bracingly beautiful songs with clear-eyed directness that requires no adornment.