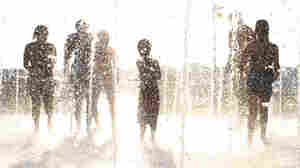 Lost In The Stream: Children play in a New York fountain on July 24, 2010. Beyond being filmed on the same date on the same planet, the film's amateur footage lacks unifying vision. National Geographic Films hide caption

'Life In A Day': The World According To YouTube

July 29, 2011 • Director Kevin Macdonald and his team sifted through more than 4,500 hours of amateur video to produce his globe-spanning documentary Life in a Day. Critic Scott Tobias says the film's poignant moments get lost in a sea of disconnected and decontextualized footage. 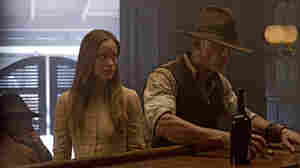 Olivia Wilde stars as an elusive traveler, and Daniel Craig plays a stranger with no memory of his past in the sci-fi Western Cowboys & Aliens. Zade Rosenthal/Universal Studios hide caption

When Aliens 'Attack' And Fight 'Cowboys'

July 29, 2011 • The sci-fi Western Cowboys & Aliens and the low-budget British film Attack the Block both open this weekend. Critic David Edelstein says both movies bring people together from different walks of life — but only one is really worth seeing.

When Aliens 'Attack' And Fight 'Cowboys' 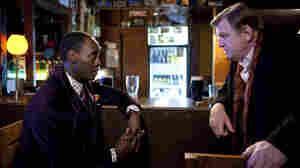 Cop And A Laugh: Sgt. Gerry Boyle (Brendan Gleeson, right) finds his routine indulgences challenged by the presence of straight-laced FBI Agent Wendell Everett (Don Cheadle) in his small Irish patrol. The pair must work together to track down a trio of dope smugglers. Jonathan Hession/Sony Pictures Classics hide caption

'The Guard': Corruption And Violence, With A Smile

July 28, 2011 • The buddy-cop movie gets a snarky kick in the pants in John Michael McDonagh's foul-mouthed comedy, which pits Brendan Gleeson and Don Cheadle against Irish drug lords. The laughs grow heartier as the mutual disdain between the mismatched investigators becomes more apparent. (Recommended) 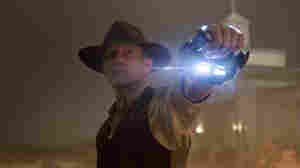 Bluest Hand In The West: Daniel Craig is the strong, silent type in Cowboys & Aliens, playing an mysterious outsider with a connection to the space invaders who have descended on the film's mining town. But his classic Western antihero can't defeat the film's cold, rote special effects. Zade Rosenthal/Universal Studios hide caption

July 28, 2011 • The multiplex-traterrestrials have landed, with two new films about aliens invading Earth. Ian Buckwalter prefers the scrappy, lo-fi attitude of British import Attack The Block to the too-slick Western mashup Cowboys & Aliens, which is unable to capitalize on a clever premise and game cast. 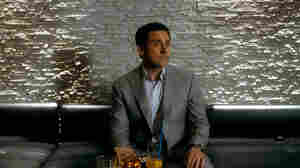 Love, Sick: Cal (Steve Carell) gets thrown into hapless bachelorhood when he discovers that his wife has been cheating on him. Even as he gradually eases back into the single life, he still pines for the stability (and woman) he once thought he had. Warner Brothers hide caption

July 28, 2011 • A newly single middle-aged dad (Steve Carell) learns the ways of Ryan Gosling's womanizer in a charming comedy. The film's efficient plotting keeps the craziness coming at a fast clip, but its over-familiarity ultimately renders the proceedings somewhat inconsequential. 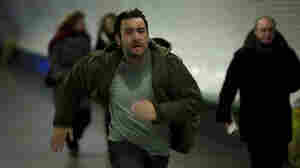 En Pointe: Nurse-trainee Samuel (Gilles Lellouche) is on the run for much of Point Blank, which finds him outmaneuvering (and eventually succumbing to) bad guys as a consequence of saving a mysterious man's life. Magnolia Pictures hide caption

July 28, 2011 • A French import from Fred Cavayé follows an innocent man who must do a shady organization's bidding to rescue his pregnant wife. Bob Mondello says the art-house thriller whitens knuckles much better (and smarter) than its multiplex counterparts. (Recommended) 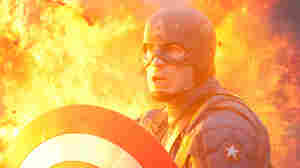 July 21, 2011 • Lady Liberty's boy wonder does his country (and his genre) proud with a slick, streamlined origin story that never talks when it can blast. Director Joe Johnston knows what his audience is expecting from the fourth superhero movie this summer, but he keeps finding new ways to satisfy. (Recommended) 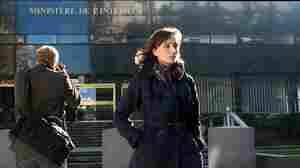 Unlocked Baggage: In Paris, American journalist Julia Jarmond (Kristin Scott Thomas) is writing an article about a historical atrocity as she and her husband move into one of the properties where it took place. The film's obvious script spells out the situational irony a bit too cleanly. Julien Bonet/The Weinstein Company hide caption

July 21, 2011 • In yet another treacly, contrived Holocaust drama, a modern-day American journalist finds her history intertwined with that of a young Parisian Jew rounded up during World War II. But director Gilles Paquet-Brenner places his narrative focus on the wrong character, weakening the film's impact as a result. 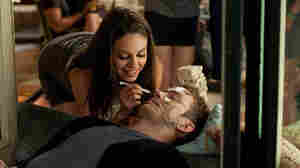 A Fun, Sexy Time: Jamie (Mila Kunis) and Dylan (Justin Timberlake) both enjoy having sex with each other, but without the messy relationship stuff that so often gets in the way of the romantic comedies they watch together. They naively believe their titular arrangement will solve their problems. Glen Wilson/Sony Pictures hide caption

'Friends With Benefits': A Sex-Without-Rom Com

July 21, 2011 • Two sex buddies mercilessly mock rom-com conventions even as their affair falls prey to them in Will Gluck's too-clever-by-half comedy. The leads have terrific chemistry, but it's in service of a shoddy script. 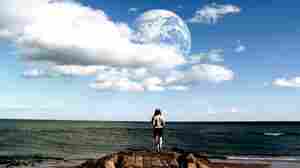 Lost In The World: The humongous shadow of a just-emerged planet exactly like our own engulfs the life of Rhoda (Brit Marling), for whom another earth represents redemption. The film is most effective when it discards its own space junk and focuses on the simple story of a girl and her planet. Fox Searchlight Pictures hide caption

Another Chance At Life On 'Another Earth'

July 21, 2011 • Director Mike Cahill has mounted an audaciously overstuffed debut about an astrophysicist who dreams of jumping ship to a newly discovered planet. Part sci-fi and part melodrama, the otherworldly story is grounded by Brit Marling's sensitive performance. (Recommended) 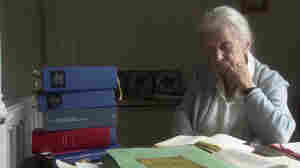 Dancing With Elephants: Svetlana Geier, a Ukranian fluent in German, survived the reigns of both Stalin and Hitler. She channeled her grim past into a career translating Feodor Dostoevsky's dense classics, like Crime and Punishment. Cinema Guild hide caption

July 19, 2011 • Svetlana Geier, who spent her life translating the Russian novelist's mammoth works into German, lived through some of history's darkest moments. In Vadim Jendreyko's gripping documentary, Geier emerges as an unlikely hero of our time. 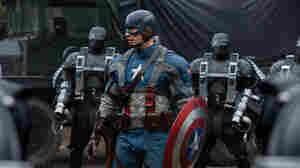 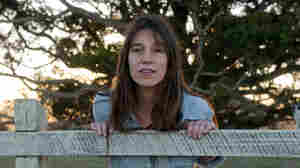 Broken Family Tree: Dawn (Charlotte Gainsbourg) witnesses her husband suffer a fatal heart attack on the front lawn of their Outback home and becomes paralyzed with grief, unable to provide proper care for her children. Her feelings, and everyone else's, are visualized by the omnipresent tree. Baruch Rafic/Zeitgeist Films hide caption

A Family Grieves Under The Shadow Of 'The Tree'

July 14, 2011 • A colossal fig stands in for a young girl's dead father in an Australian melodrama. Director Julie Bertuccelli attempts a bold metaphor, but once the tree's symbolism takes root, it dominates the entire story to an uncomfortable degree. 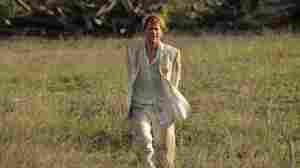 The Chosen One: True believer Carl Vanderveer (Greg Kinnear) must go on the lam after his pastor tries to pin the murder of an athiest professor on him. Director George Ratliff lines up some fat targets in his sights, but misfires at every turn. Mark Preston/IFC Films hide caption

Down 'Salvation Boulevard,' A Skewering Of Faith

July 14, 2011 • Director George Ratliff goes for broad religious farce in his comedy-thriller about a megachurch employee framed for murder by his pastor, but the script and the characters are tone-deaf and cruel, leaving the anti-Christianity sermon without a gospel to preach. 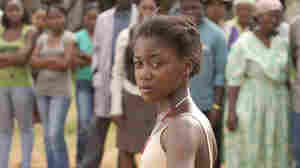 Lifeblood: In her acting debut, Khomotso Manyaka plays Chanda, a girl from a remote South African village who witnesses the exile of her disease-riddled mother from the community. Chanda's journey to find her will take the girl through the worst of a country that's been through considerable turmoil. Sony Pictures Classics hide caption

A 'Life' Where HIV And Ignorance Are Twin Epidemics

July 14, 2011 • A village girl sets out on a journey to find her infected mother in Oliver Schmitz's heavy-handed melodrama. But with inadequately fleshed-out characters and an incomplete depiction of societal struggles against HIV, Life, Above All fails in its effort to shed light on a serious issue.