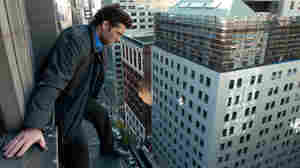 A 'Man On A Ledge,' With No Room For A Stumble 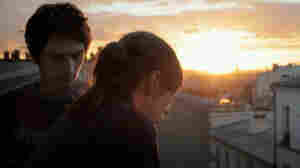 Young Parents, Unready For The 'War' Ahead

January 26, 2012 • A carefree French couple confronts helplessness and heartbreak when their newborn son is diagnosed with cancer. Critic Ella Taylor says the film's depiction of the couple's fraying relationship is realistic and arresting. 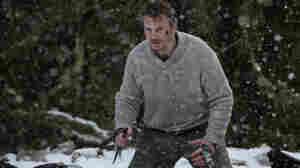 It's Man Vs. Beast, With Liam Neeson In The Lead

January 26, 2012 • A hardy security expert leads the survivors of a plane crash through the Alaskan wilderness in a running fight against the cold — and wolves. Critic Ian Buckwalter says director Joe Carnahan subverts expectations surprisingly in this stark and occasionally thoughtful action flick. 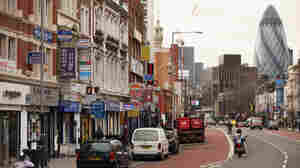 'Mr. Foster': A Man And His Buildings 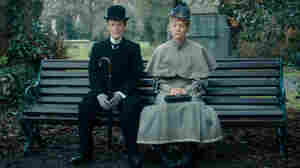 In 'Albert Nobbs,' Glenn Close Does More Than Pass

January 26, 2012 • Both Close and co-star Janet McTeer have received Academy Award nominations for their roles in the period drama. Set in Dublin before World War I, it centers on a woman who finds more freedom by living life as a man.

In 'Albert Nobbs,' Glenn Close Does More Than Pass 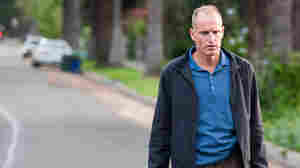 Crumbling at the 'Rampart': Veteran L.A. cop Dave Brown (Woody Harrelson, whose last collaboration with director Oren Moverman earned him his second Oscar nomination) is under pressure and not handling it well. Millennium Entertainment hide caption

At The 'Rampart,' A Centurion's Self-Destruction

January 25, 2012 • Director Oren Moverman and Woody Harrelson (The Messenger) team up again for a complex account of a corrupt Los Angeles cop and his a final desperate bid to cash in. (Recommended) 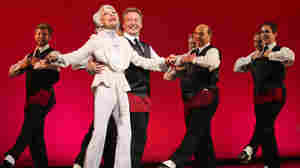 Carol Channing — who turns 91 on Jan. 31 — appears in the 2010 Gypsy of the Year celebration, an annual salute to Broadway's hardest-working chorus performers. Peter James Zielinski/Entertainment One hide caption

After their last residents had left, the 33 buildings at Pruitt-Igoe were demolished in the mid-1970s. State Historical Society of Missouri/First Run Features hide caption 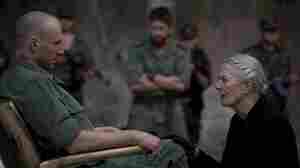 'Coriolanus': A People's Hero Turns On His Own

'Coriolanus': A People's Hero Turns On His Own 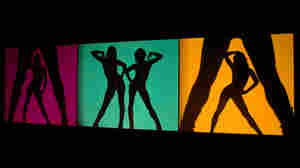 'Crazy Horse': Color And Light, And Bodies In Motion 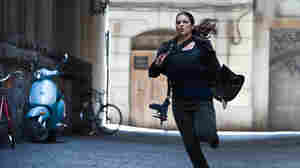 January 19, 2012 • The genre-hopping director takes on the action flick in a smart, forceful showcase for newcomer Gina Carano — whom critic Ian Buckwalter says is a magnetic marvel of a big-screen badass. (Recommended)

Simin (Leila Hatami) and Nader (Peyman Moadi) are at odds first about whether to leave Iran for life abroad — and then about more pressing issues. Sony Picture Classics. hide caption

'A Separation' Of Hearts, Minds And Ideas In Iran

January 17, 2012 • The Iranian film A Separation won the Golden Globe for Best Foreign Language Film on Sunday. Critic John Powers says the remarkable film takes viewers inside a country that is far more complicated and fascinating than news headlines indicate.

'A Separation' Of Hearts, Minds And Ideas In Iran 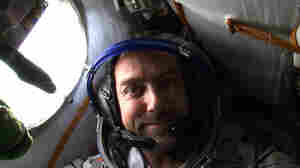 In Astro-Dad's Footsteps: A Son's 'Mission' To Space

January 13, 2012 • This documentary follows noted game designer Richard Garriott — aka Lord British — whose father was a NASA astronaut, on his own journey to the International Space Station. 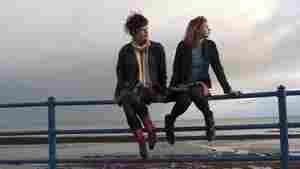 In 'Albatross,' Cleverness Is The Family Curse

January 12, 2012 • A quick-witted teenager aspiring to literary greatness disrupts the lives of a Southern England family — for better and worse. Critic Ian Buckwalter says Niall MacCormick's directorial debut has much in common with its earnest protagonist.