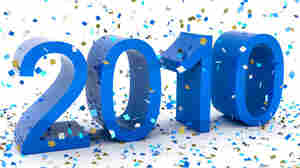 2010: Did The Economy Grow Or Are We Just Treading Water?

December 30, 2010 • If you just want the headline, here it is: The economy is doing way better than expected and way worse than it should be.

2010: Did The Economy Grow Or Are We Just Treading Water? 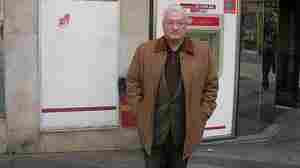 Juan Ojeda is a local politician who worked at CajaSur bank for many years. Chana Joffe-Walt/NPR hide caption

December 29, 2010 • The fate of Spain's economy may lie in a couple dozen savings banks called cajas de ahorros. These banks hold more than 50 percent of Spanish bank deposits and many are in danger of failing. 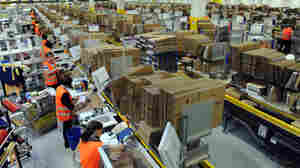 December 29, 2010 • Amazon must have heard our podcast about inefficient gift-giving, because the company has a patent for brand new gift program, which would allow people to return gifts before they even receive them.

Graph of number of unemployed by duration of unemployment. Jess Jiang/NPR hide caption

December 28, 2010 • With the length of unemployment for many Americans on a steady uptick, the Bureau of Labor Statistics is changing the way it records how long people have been out of work. 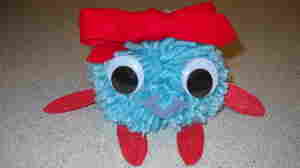 How To Make Your Own Toxie

December 28, 2010 • Planet Money listener Paul Flignor received his very own Toxie, the toxic asset, from his 13-year-old daughter Marisa this Hanukkah. She shares instructions on how to make one for your home.

What David Beckham Has To Do With Spain's Boom And Bust

December 27, 2010 • Four Madrid skyscrapers say a lot about the fate of David Beckham, Spain's economic boom, and the real estate bust that could lead to the European Union's biggest bailout yet.

What David Beckham Has To Do With Spain's Boom And Bust

Many Bailed-Out Banks Still In Danger Of Collapse

December 27, 2010 • Close to 100 banks that recieved bailout funds from the federal government are still at risk of failing, according to the Wall Street Journal. 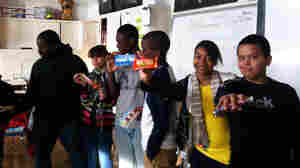 Students show off the results of their trades. Caitlin Kenney/NPR hide caption

Why Economists Hate Presents, And How 7th-Graders Solved The Problem

December 24, 2010 • Economists hate the inefficiency of gift giving. A group of seventh graders may have found a solution: Trade.

Why Economists Hate Presents, And How 7th-Graders Solved The Problem

Should The Government Be In The Mortgage Business?

December 23, 2010 • Answering that question is likely to be one the big economic policy debates of 2011. Here's a look at the pros and cons of several possible answers.

Why Bankers Paid Each Other Millions To Make Bad Trades

December 22, 2010 • The latest on Wall Street and the housing market, from our partners at ProPublica.

Why Bankers Paid Each Other Millions To Make Bad Trades

As Heard On Planet Money: Podcast Music of 2010

December 22, 2010 • People often ask us about the music we use on the podcasts. So here it is: A comprehensive list from this year, organized by date. 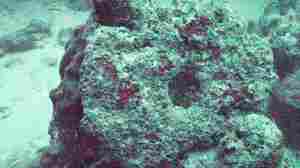 Stone Money Under The Sea

December 22, 2010 • Retail sales are up, household debt is down, and the economy is growing a bit faster than we thought. But times are still tough. 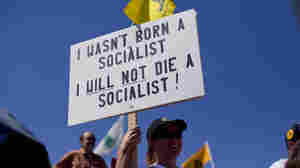 Top 10 Words Of The Year Include 'Austerity,' 'Socialism'

December 22, 2010 • "Austerity clearly resonates with many people," a Merriam-Webster editor said. "We often hear it used in the context of government measures, but we also apply it to our own personal finances... ."