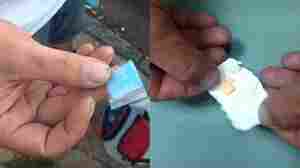 Heroin (left) and Suboxone (right) are both for sale on the street. Mara Zepeda/NPR hide caption

'If You Had 50,000 Angry People Coming Across The River, You Think You're Safe?'

July 31, 2012 • "There are all these people in this country who are just not participating in the American Dream at all," says billionaire Jeff Greene. 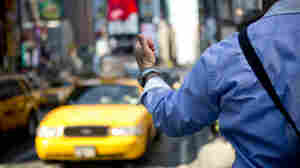 July 31, 2012 • The City of New York wants to add 2,000 more taxi cabs onto Manhattan's streets. That would make it easier to hail a cab, but it might make it harder to get where you're going.

Will This Be The Post-Car Century In New York City?

July 31, 2012 • "The history of the 20th century, in terms of New York City travel, is one in which the automobile crowded out all of those other ways of getting around." 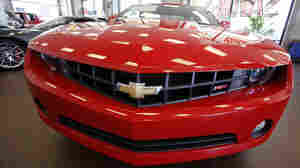 NYT Excerpt: When Will The U.S. Auto Industry Get Back To Normal?

July 31, 2012 • "All these potential customers make the U.S. auto industry believe that 2015 is going to be the year that things finally get back to normal. And despite a steady stream of numbingly grim economic news, it is already doubling down on its future." 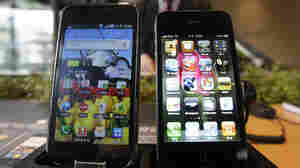 July 31, 2012 • This week's Apple-Samsung case is just the latest battle in a global war over high-tech patents. Judges, it seems, are getting fed up. 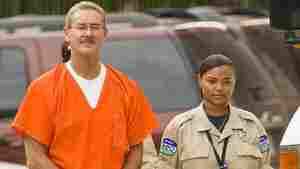 Four Signs Your Awesome Investment May Actually Be A Ponzi Scheme

July 30, 2012 • A new book looks at just how widespread Ponzi schemes really are — and explains how con artists pull them off. 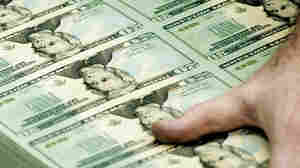 The Fed doesn't literally print money, but it can create more if it wants to try to spur the economy. Paul J. Richards/AFP/Getty Images hide caption

July 30, 2012 • Despite August's reputation as a sleepy month, economically, this week could see some significant headlines. We look at what's in store. 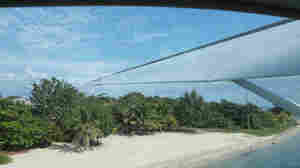 July 27, 2012 • On today's show, we dive deep into the world of offshore companies and bank accounts.We set up our own company in an offshore tax haven, and we find out where the easiest place to hide your money is. 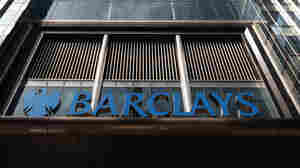 Losing With LIBOR: One Trader's Story

July 27, 2012 • The scandal over interest-rate manipulation seems dry until you consider what happened to Dan Sullivan. He may have lost a million dollars as a result — and he's just one of many who say they've been harmed

Losing With LIBOR: One Trader's Story

The U.S. Economy, Sliced And Diced In Two Graphics

July 27, 2012 • Economic growth slowed in the second quarter. We look at just how the U.S. economy breaks down into goods and services.

We Set Up An Offshore Company In A Tax Haven

July 27, 2012 • What is striking about all the offshore services available today is that while they are totally legal, the system seems to make it easy to get away with things that are not legal.

We Set Up An Offshore Company In A Tax Haven 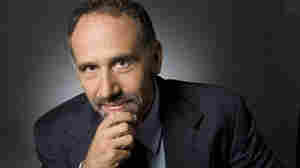 The Disagreement Behind Our Economic Platform

Suboxone is used in the treatment of opiate dependence. Drugs.com hide caption

July 26, 2012 • A prescription drug called Suboxone helps wean people off of heroin and pain pills, but addicts have a hard time getting prescriptions. So they're turning to the black market. 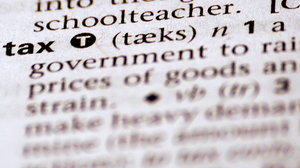 Tax the other guy's subsidy all you want, but hands off my incentive — that's good policy you're messing with. Alan Cleaver/Flickr hide caption

Your Subsidy Is My Incentive

July 25, 2012 • A research group tallies up all government spending and tax breaks across nine sectors of the economy — with eye-opening results.