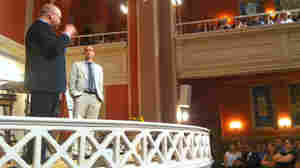 July 29, 2011 • Today's podcast is a recording of the live show Alex and Adam did in DC this week. In keeping with the vibe of the nation's capital, they talk a lot about America. 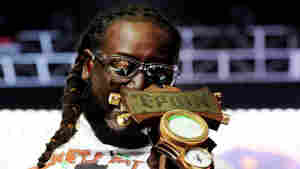 I Am Not T-Pain

I Am Not T-Pain 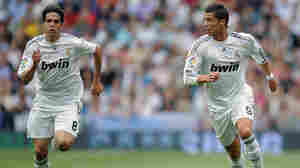 July 29, 2011 • A Spanish bank wants a loan from the European Central Bank. As collateral they're pledging two of the world's biggest soccer stars.

GDP Growth Even Lower Than Expected

July 29, 2011 • Estimates of U.S. economic growth went from bad to horrible this morning. 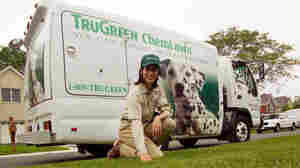 Like many companies, TruGreen's corporate parent relies on investments backed by T-bills to pay its employees. ServiceMaster/via AP hide caption

July 29, 2011 • Why pay interest before, say, food stamps? "If we start defaulting on our debt there are going to be a whole lot more people on food stamps than there are now," says a former Under Secretary of the Treasury.

When Debt-Ceiling Talks Went Down To The Wire, And The U.S. (Sort Of) Defaulted

July 27, 2011 • In 1979, Congress cut a debt-ceiling deal with hours to spare. But a glitch at Treasury meant some investors didn't get paid in time.

3 Reasons A Downgrade Might Not Be A Big Deal

July 27, 2011 • The big investors who hold most U.S. debt aren't likely to be swayed by a downgrade. But the broader market reaction is unpredictable. 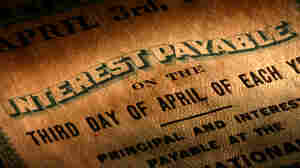 The Tuesday Podcast: Would A Downgrade Matter?

July 26, 2011 • One expert tells us a downgrade of America's credit rating might not be that big of a deal.

The Tuesday Podcast: Would A Downgrade Matter?

Housing May Be Bottoming Out

July 26, 2011 • Prices rose a bit this spring (though that's largely due to the season). Also: The glut of newly built homes is diminishing.

Are Investors Nervous About Lending To The U.S.?

July 25, 2011 • There was no debt deal this weekend, and there is no market panic today. Investors are still willing to lend the government money at very low rates. 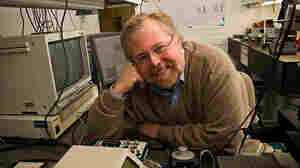 July 22, 2011 • Why would a company rent an office in a tiny town in East Texas, put a nameplate on the door, and leave it completely empty for a year? The answer involves a billionaire physicist, a 40-pound cookbook, and a war waging right now, all across the software and tech industries. 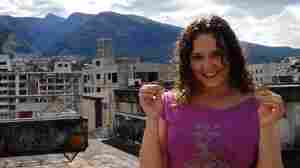 Dollar Coins In The Wild

July 22, 2011 • We talk to travelers who use frequent-flier-mile credit cards to buy dollar coins and pile up miles. And we hear how the U.S. Mint is cracking down.

Dollar Coins In The Wild