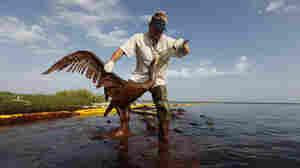 The Friday Podcast: Tallying Up The Pelican Bill

The Friday Podcast: Tallying Up The Pelican Bill

July 30, 2010 • California pays barely any interest on bonds, despite its budget woes.

The Economy: It's Worse Than We Thought

July 30, 2010 • The economy performed worse than we thought during the recession, but things are a little better this year.

Weddings By the Hour

Fed Watcher Quote Of The Day

July 29, 2010 • The President of the St. Louis Fed is warning of Japanese style deflation.

July 29, 2010 • The SEC says Citigroup misled investors into believing its subprime exposure was nearly $37 billion less than it truly was. 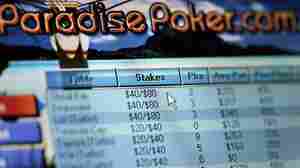 Internet Gambling Could Generate Billions for the Government

July 29, 2010 • Congress is considering legalizing and taxing Internet gambling, a move that could generate billions of dollars in tax revenue for the government.

July 29, 2010 • Goldman Sachs has warned its employees it will soon be screening their emails and text messages for swear words and acronyms (even words that contain *** won't fly.)

July 28, 2010 • The Federal Reserve's latest survey of its 12 districts, finds that real estate markets are struggling since expiration of the homebuyer tax credit. 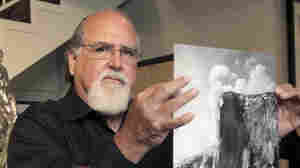 Rick Norsigian of Fresno, Calif. bought a set of glass negatives for $45 at a garage sale a decade ago. Today, his find may be worth $200 million. Nick Ut/AP hide caption

Garage Sale Find Could Be Worth $200 Million 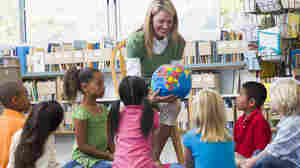 What's A Good Kindergarten Teacher Worth?

July 28, 2010 • A study done by Harvard economist, Raj Chetty, finds that children who learn much more in kindergarten than their peers can expect to see significantly higher earnings as adults.

This house in Florida was sold into what may have been a mortgage-fraud ring. Chana Joffe-Walt/NPR hide caption 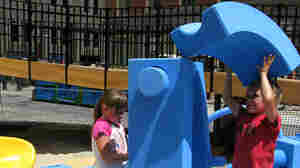 The New Economics Of Fancy Playgrounds

July 27, 2010 • New York just opened the latest in a series of innovative new playgrounds. Why were playgrounds so boring for so long? And what suddenly changed?

The New Economics Of Fancy Playgrounds