June 30, 2010 • Unless something changes, rising federal deficits will be driven largely by government spending on health care.

June 30, 2010 • Taxpayers have sunk more than $100 billion into AIG so far. A key executive suggests the company might have been OK on its own.

June 30, 2010 • Both countries need fossil fuels to sustain economic growth. And they're competing for oil contracts in developing countries around the world. 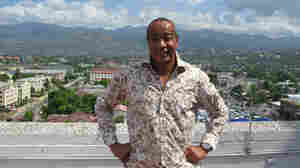 The Tuesday Podcast: The Billionaire And The Tire Repairman

The Tuesday Podcast: The Billionaire And The Tire Repairman

The Latest From The Treadmill Video Guys

A $19 Billion Bank Tax May Get Axed

June 29, 2010 • Democrats are re-opening negotiations today on the finance-reform bill. 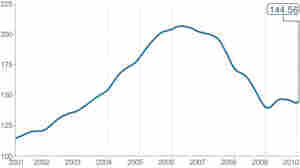 House Prices Rose In April. That May Not Continue.

June 29, 2010 • The Case-Shiller index posted its first monthly rise for the year. But it may have been a blip, and more declines could be coming.

Behind On Your Mortgage? Here's A Free Cell Phone!

June 29, 2010 • Delinquent borrowers can be tough to track down. Banks are getting creative.

'These Are The Guys Who Are Kicking Our Ass?'

What's The Most Expensive Part Of The iPhone 4?

June 28, 2010 • Hint: In Applespeak, it's known as a "retina display." The company's economic model was made famous by razor manufacturers.

June 28, 2010 • There's no enforcement mechanism for counries that fail to meet deficit targets. Also: No rush on new rules for global banks. 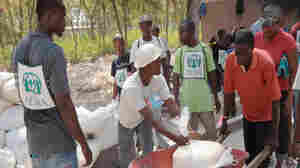 The Problem With Giving Free Food To Hungry People

June 27, 2010 • The unintended consequences of giving out free rice in Haiti: Long-term damage to the local economy. 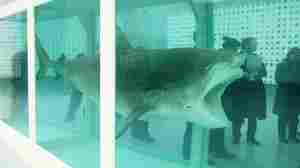 "The Physical Impossibility of Death in the Mind of Someone Living," by Damien Hirst. Regina Kuehne/Keystone/AP hide caption

Why A Dead Shark Costs $12 Million

Why A Dead Shark Costs $12 Million