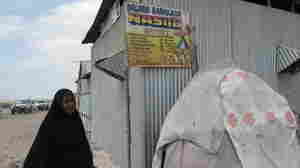 Mrs. Adad Hassan Jimali stands next to a sign for her private camp for displaced persons. The camp, which is in Mogadishu, Somalia, is called Nasiib Camp. Gregory Warner/NPR hide caption

Episode 535: Humanitarians, For A Price

April 30, 2014 • On today's show, we visit a country with almost no government, but a lot of entrepreneurs who have become humanitarians for profit.

Episode 535: Humanitarians, For A Price 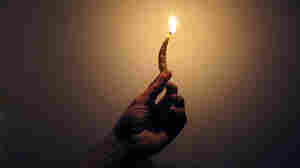 Episode 534: The History of Light

April 25, 2014 • On today's show: How we got from candles made out of cow fat to as much light as we want. The history of light is the history of economic growth, of things getting faster, cheaper, and more efficient.

Episode 534: The History of Light 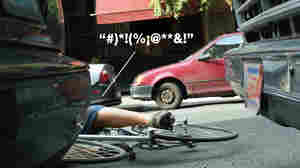 A 2008 ad trying to convince uninsured Massachusetts residents to get signed up for health insurance. Sawyer Miller Advertising hide caption

How One State Convinced Its 'Young Invincibles' To Get Health Insurance

April 24, 2014 • Buying insurance doesn't always feel like it makes economic sense, especially for young healthy people. So why are they still willing to pay?

How One State Convinced Its 'Young Invincibles' To Get Health Insurance 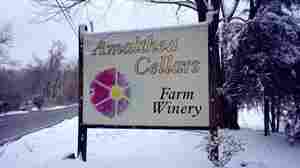 April 23, 2014 • Lou Caracciolo is trying to make high-quality wine from grapes he grows in New Jersey. But Jersey wine already has a reputation — and fancy isn't it 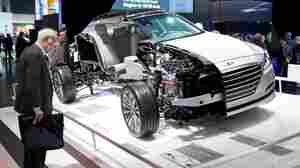 Episode 533: Why Cars From Europe and the US Just Can't Get Along

April 18, 2014 • On today's show, we talk to designers and car company executives about one of the biggest technical challenges they face: making all the different governments happy.

Episode 533: Why Cars From Europe and the US Just Can't Get Along 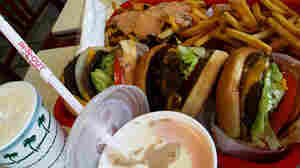 How Long Would You Have To Work To Buy A Burger In Your City?

April 17, 2014 • In West Baltimore, it takes 17 minutes of work (the average hourly wage is $19.34), but in Chicago's Lincoln Park neighborhood, where wages are more than double that, it takes only nine minutes. 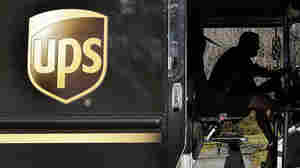 April 17, 2014 • A typical UPS truck now has hundreds of sensors on it. That's changing the way UPS drivers work — and it foreshadows changes coming for workers throughout the economy. 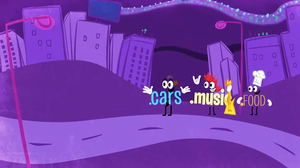 When The Wealthy Need Cash, Pawn Shops Can Be Appealing

April 14, 2014 • The pawnbroker Borro has high-end customers, but it's not the only pawn shop that caters to the wealthy. Why are the rich turning to a type of credit usually associated with lower-income clients?

When The Wealthy Need Cash, Pawn Shops Can Be Appealing 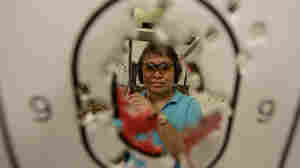 Episode 531: The Tough, The Sweet And The Nosy

April 11, 2014 • On today's show, we head to some of the cheating-est places on earth to bring you tales from some of the roughest, toughest tax collectors around.

Episode 531: The Tough, The Sweet And The Nosy 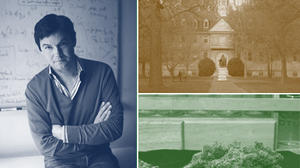 April 9, 2014 • After today's show, you'll be ready to design a tax on marijuana, pick a law school and discuss the hottest new book in economics (without having to read a page).

Across The Atlantic, Glimpse An Alternate Internet Universe

April 9, 2014 • Americans have very little choice over their cable Internet provider. This is largely because of a decision made 12 years ago, when the U.S. went one direction and the rest of the world went another.

Across The Atlantic, Glimpse An Alternate Internet Universe 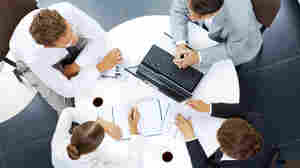 Men are more likely to get venture capitalist support than women, and a new study found that attractive males get even more points — from both genders. iStockphoto hide caption

April 8, 2014 • A study shows that women can be great negotiators, just not when they're asking for themselves. When women negotiate pay on behalf of a friend, they bargain just as hard as the guys. 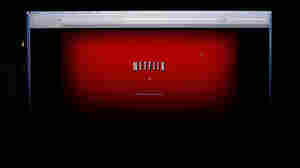 April 4, 2014 • People love to complain about their internet service, but most of the time, they can't switch. Today on the show: Why isn't there more competition?

April 4, 2014 • Nearly 2,000 new top-level Internet domains are becoming available. Which are the most popular so far? And what will become of .com?