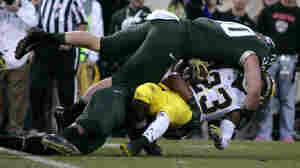 October 31, 2014 • In big-time college football or basketball, money is everywhere. Coaches are paid millions. Schools make tens of millions. But it's against the rules for schools to pay athletes. 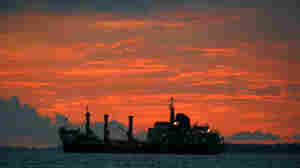 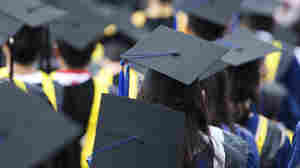 Who Studies What? Men, Women And College Majors

October 28, 2014 • Earlier this month we covered the gender gap among computer science students. But what does it look like for other majors? 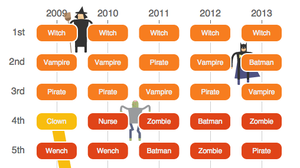 Witches, Vampires And Pirates: 5 Years Of America's Most Popular Costumes

October 27, 2014 • Thanks to shows like The Walking Dead and movies like World War Z, zombies are climbing the costume charts. The undead have risen from the 13th most popular costume up to No. 4 in just five years. 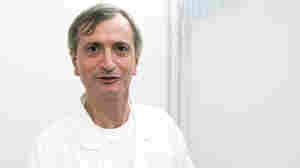 Episode 400: What Two Pasta Factories Tell Us About The Italian Economy

Episode 400: What Two Pasta Factories Tell Us About The Italian Economy 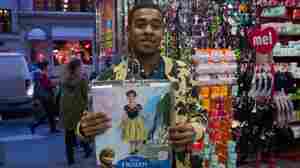 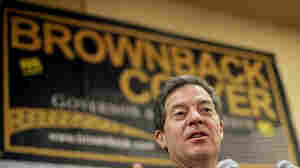 October 22, 2014 • A Republican governor lives the dream. He cuts taxes dramatically in his state, and he promises good times ahead. But the good times do not come. Now he's fighting for his political life. 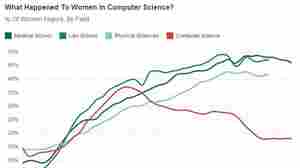 October 21, 2014 • For decades, the share of women majoring in computer science was rising. Then, in the 1980s, something changed. 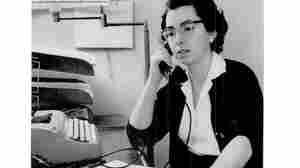 Elsie Shutt founded one of the first software businesses in the U.S. in 1958. And the programmers were all women. Courtesy Elsie Shutt hide caption

October 17, 2014 • A lot of computing pioneers, the ones who programmed the first digital computers, were women. For decades, the number of women in computer science was growing. But in 1984, something changed. 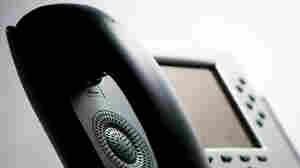 "They'd get the debt. They'd get people on the phone. They'd start dialing, and start collecting." iStockphoto hide caption

Spreadsheets, Ex-Cons And A Karate Studio: Life At The Bottom Of The Debt Business

October 16, 2014 • Not all debt collectors work at banks or big, corporate agencies. Many work at small, storefront shops. At least one worked in a former karate studio.

Spreadsheets, Ex-Cons And A Karate Studio: Life At The Bottom Of The Debt Business 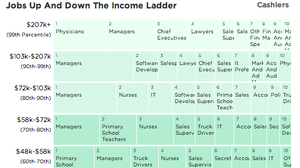 The Most Common Jobs For The Rich, Middle Class And Poor 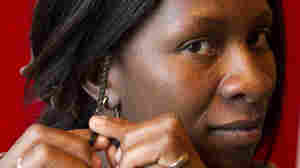 Episode 381: Why It's Illegal To Braid Hair Without A License

October 15, 2014 • Licensing laws are supposed to protect the public. But they also raise prices and make it harder for people to find work.

Episode 381: Why It's Illegal To Braid Hair Without A License 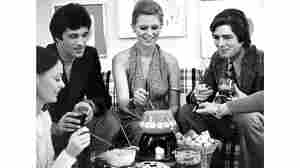 October 10, 2014 • The popularity of fondue wasn't an accident. It was planned by a cartel of Swiss cheese makers, which ruled the Swiss economy for 80 years. 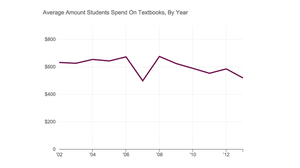 How College Students Battled Textbook Publishers To A Draw, In 3 Graphs

October 9, 2014 • The price of new textbooks has gone through the roof. But what students spend on books has barely budged.

How College Students Battled Textbook Publishers To A Draw, In 3 Graphs 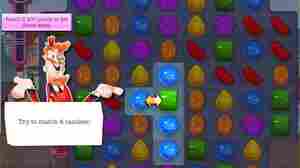 You Can Create A Hit Video Game About Anything. Even Making Toast

October 9, 2014 • Game designers get deep inside your brain to keep you playing. We challenged them to design a video game about the most boring thing we could think of: making toast.

You Can Create A Hit Video Game About Anything. Even Making Toast