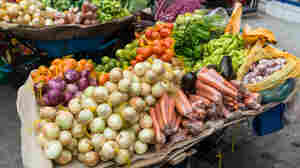 Episode 514: How Bernanke Set Off Tomato Protests In Brazil

January 31, 2014 • Tomato inflation in South America. Coal start-ups in Indonesia. Fat Cats on Wall Street. What do they all have to do with each other?

Episode 514: How Bernanke Set Off Tomato Protests In Brazil 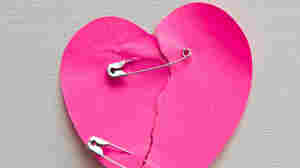 January 29, 2014 • On today's show, economist and author, Tim Harford, applies economic theory to your questions about love, sex and dating.

Who Are The Long-Term Unemployed? (In 3 Graphs) 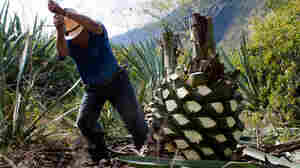 Episode 512: Can Mezcal Save A Village?

January 24, 2014 • In rural Oaxaca, there are basically no jobs. Two cousins have a dream to change that.

Episode 512: Can Mezcal Save A Village?

An Astonishing Share Of Homebuyers Are Paying All Cash

January 24, 2014 • In December, all-cash purchases accounted for more than 40 percent of home sales. Here are a few reasons so many people are buying houses without getting a mortgage. 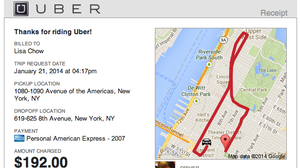 Update: Several readers commented on the route shown in the map above. Lisa Chow took the car for purposes of this story, and chose a route that began and ended near NPR's New York offices. Lisa Chow hide caption

January 24, 2014 • NPR's Lisa Chow was in the car for about an hour, rolling around Manhattan in the middle of a snowstorm. She got the car through Uber, the new service that charges more when demand spikes. 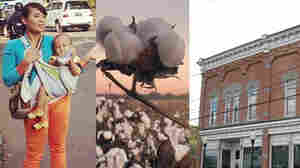 January 22, 2014 • On today's show: Three stories about people who, intentionally or not, found themselves breaking the rules. 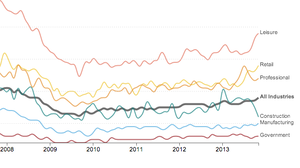 Millions Of People Are Quitting Their Jobs Every Month. That's Good News.

January 22, 2014 • People often quit when they think they can find a better option. Here's where people are quitting now.

Episode 510: The Birth Of The Minimum Wage

Episode 510: The Birth Of The Minimum Wage 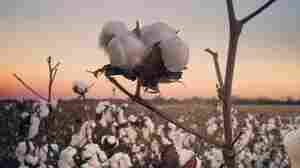 The Birth Of The Minimum Wage In America

January 17, 2014 • For decades, the Supreme Court ruled that laws regulating things like wages and working conditions were unconstitutional. That changed during the Great Depression, when one of the justices switched sides, paving the way for the Fair Labor Standards Act.

The Birth Of The Minimum Wage In America 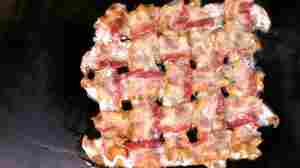 Expensive Bacon, Cheap TVs, And Other Price Trends From 2013

January 16, 2014 • Overall, inflation is really low right now. But when you look at the numbers in detail, you find some big price swings. 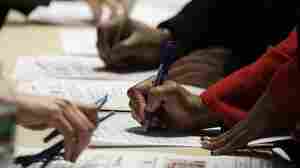 Episode 509: Will A Computer Decide Whether You Get Your Next Job?

January 15, 2014 • To hire new employees, some companies are paying less attention to resumes and more attention to data — and the data are leading to some surprising findings.

Episode 509: Will A Computer Decide Whether You Get Your Next Job?

Paper Or Plastic: How Americans Buy Stuff, In 1 Graph 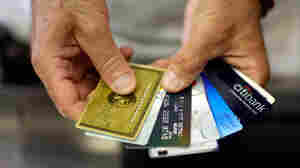 January 10, 2014 • If you know the right people — and if you can get other criminals to vouch for you — you can go online and buy huge bundles of stolen credit cards. As it turns out, Planet Money knows the right people.