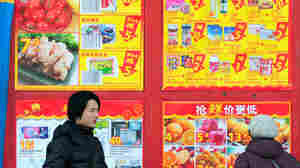 4 Reasons To Worry About The Economy

January 31, 2011 • The economy will probably recover this year, Mark Zandi tells us. But he has a list of things that could go wrong. 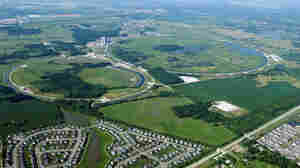 January 31, 2011 • A possible unintended consequence of shutting down a particle collider in Illinois. 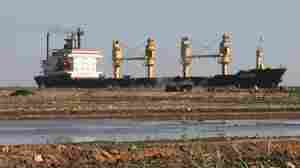 How Turmoil In Egypt Could Hurt The Global Economy

January 31, 2011 • Egypt's economy is pretty small by global standards. But there are a few ways the unrest could hurt the global economy. 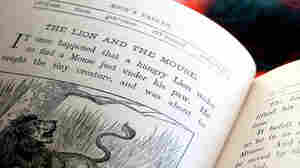 The Friday Podcast: The Moral Of The Financial Crisis

January 28, 2011 • The members of the Financial Crisis Inquiry Commission agreed on an awful lot. But they couldn't agree on the moral of the story.

The Friday Podcast: The Moral Of The Financial Crisis 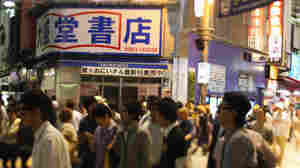 Why You Should Be Afraid Of Japan

January 28, 2011 • Economic superpower gets into a financial bubble. The bubble pops, and 20 years later the country can't seem to get back on track.

Why You Should Be Afraid Of Japan 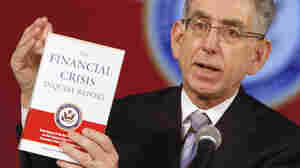 The Crisis Reports: A Literary Analysis

The Crisis Reports: A Literary Analysis

More On The Hedge Fund That Bet Against The American Dream

January 27, 2011 • A hedge fund influenced a deal that it bet against, according to a newly released document.

The Economics Of Pursuing Your Dreams (Con'td)

January 27, 2011 • A listener uses the podcast to convince his girlfriend to pursue her dream of opening a swing dance studio.

The Fed, Translated Into Plain English

January 26, 2011 • What the Fed really said in its latest big policy statement. Another installment in our collaboration with Slate. 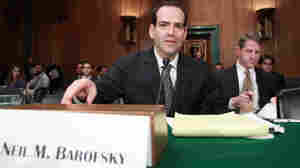 "...the continued existence of institutions that are 'too big to fail' ... is a recipe for disaster." Lauren Victoria Burke/AP hide caption

January 26, 2011 • The finance overhaul hasn't solved the problem of banks that are considered too big to fail, a new report says. Investors and rating agencies still think the government would bail out big banks. 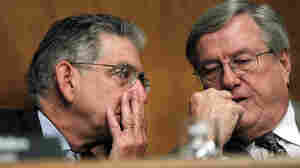 What Caused The Financial Crisis?

January 26, 2011 • A long-awaited report will call the financial crisis an avoidable disaster caused by failures in government regulation and excessive risk taking by Wall Street. But political dissension may limit the report's impact.

The Tuesday Podcast: How Much Is A Good Teacher Worth?

January 25, 2011 • A new study suggests that replacing the weakest 5 to 8 percent of teachers could add $100 trillion to the U.S. economy, over 80 years. We talk to the man behind the research, economist Eric Hanushek.

The Tuesday Podcast: How Much Is A Good Teacher Worth?

The Journal Of Universal Rejection

January 25, 2011 • There exists a journal so prestigious — so elite and selective — that it has never published a single manuscript.

January 24, 2011 • John Paulson, the hedge fund manager who made billions betting against the housing market a few years back has now made more than $1 billion betting on Citigroup.