July 31, 2013 • The crack epidemic made headlines in the '80s and '90s, and doctors despaired for the children born to crack-addicted mothers. But a new study suggests that many so-called 'crack babies' were not doomed to failure in adult life. Host Michel Martin speaks with Dr. Hallam Hurt, the lead investigator in the study.

New Health Exchanges: What You Need To Know

July 31, 2013 • On October 1st, online health insurance exchanges open up as part of the Affordable Care Act. Kaiser Health News' Mary Agnes Carey speaks to host Michel Martin about what will change, and how you can prepare for the roll-out. 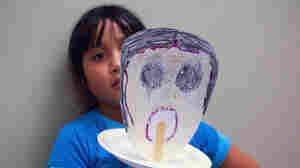 Laura Molina, 9, shows the mask she created expressing the feeling of "sadness." Her mother is being treated for breast cancer at the Lyndon B. Johnson public hospital in Houston. Carrie Feibel/KUHF hide caption

July 30, 2013 • When a parent finds out he or she has cancer, one of the most difficult conversations to have may be with the children. Two programs in Houston teach children and parents how to deal with the emotions that arise throughout the diagnosis and treatment of cancer. 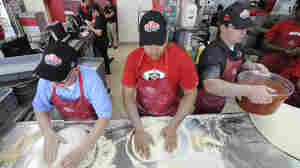 Employees at a Papa John's in New Hyde Park, N.Y., make pizzas in 2012. Restaurant employees have been a focus of debate on Obamacare coverage. Kathy Kmonicek/Invision/AP hide caption

Will Obamacare Mean Fewer Jobs? Depends On Whom You Ask

July 30, 2013 • Are employers already cutting hours and jobs to avoid pending requirements of the Affordable Care Act? As with so many of the issues surrounding Obamacare, the answers are all over the map.

Will Obamacare Mean Fewer Jobs? Depends On Whom You Ask 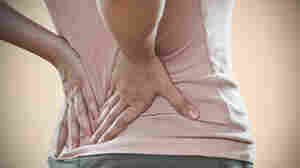 July 30, 2013 • Some ibuprofen and maybe some physical therapy are all it takes to make most back pain go away. But a study finds that doctors and patients are increasingly turning to fancy scans and opioid painkillers. They typically don't help, and increase the risk of addiction and overdose.

Pfizer Announces It's Splitting Up Its Drug Business

July 30, 2013 • The world's largest drugmaker says it's planning on dividing its business into separate units for brand-name drugs and generics. The company's generics have a far lower profit margin than drugs protected by patents.

Pfizer Announces It's Splitting Up Its Drug Business 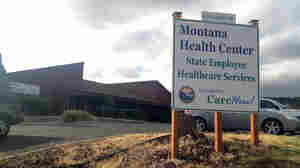 July 30, 2013 • A year ago, Montana opened the nation's first clinic for free primary healthcare services to its state government employees. It was pitched as a way to improve employee health but faced political opposition. A year later, the state says the clinic is saving money and diagnosing a host of issues. 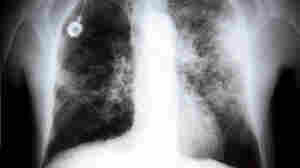 Some images of lung cancer are clear cut. But in many others, a nodule on the screen turns out not to be cancer at all. iStockphoto.com hide caption

July 29, 2013 • Most people get diagnosed with lung cancer when it's too late to effectively treat it. A federal panel is trying to improve the odds by saying that longtime smokers and former smokers should get annual CT scans to check for lung cancer. 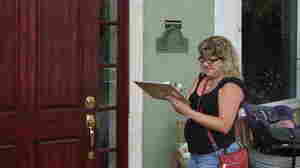 July 29, 2013 • Most Americans aren't aware that they may be able to buy health insurance under the new marketplaces. So an outreach effort lead by veterans of the Obama administration and campaigns is going door to door to get the word out.

High-Deductible Health Plans, Gamble For Some, On The Rise

July 28, 2013 • With the implementation of the Affordable Care Act looming, many employers are switching from traditional health care plans to what are known as high-deductible plans. These plans have lower premiums, but put patients on the hook for thousands in out-of-pocket expenses.

High-Deductible Health Plans, Gamble For Some, On The Rise

Should Congress Stop 'Drawing Lines In The Sand'?

July 26, 2013 • Guest host Celeste Headlee gets a wrap of the week's political news with journalist Callie Crossley and conservative commentator Lenny McAllister. They talk about President Obama's push to get the economy back on track, and the battle over the President's health care law.

Should Congress Stop 'Drawing Lines In The Sand'? 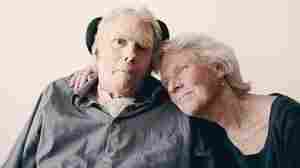 Margaret Battin's husband, Brooke Hopkins, was left quadriplegic after he collided with an oncoming bicycle while cycling down a hill in Salt Lake City. Courtesy of The New York Times hide caption

July 25, 2013 • In 2008, a cycling accident left bioethicist Margaret Battin's husband quadriplegic and dependent on life support technology. The accident forced Battin, a right-to-die advocate, to reflect on the positions she's taken in the past and decide whether she still believes in them. 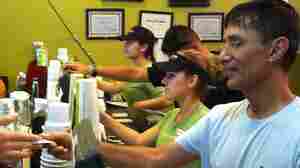 The California Tortilla chain is one company still deciding how to react to the new health care requirements for business, set to take effect next year. John Ydstie/NPR hide caption

July 24, 2013 • With the new health care law on the horizon, the restaurant industry is looking carefully at the looming health insurance requirements. Some national chains are looking at ways of limiting the new law's impact on the bottom line, while other restaurant owners say the new law won't change much for them. 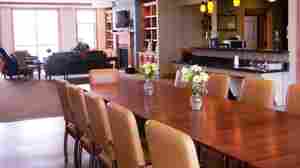 At the Baltimore Green House, every resident has a private room that's close to the common areas, shown here. Courtesy of Catholic Charities hide caption

July 24, 2013 • One thing most people dread as they age is ending up in a nursing home, where they imagine they'll have to deal with sharing a room, rigid schedules and bad smells. But the Green House Project, an alternative to traditional nursing homes, is trying to change that. Its founder says he wants to "abolish" the old, often lonely model. 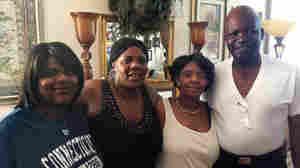 How A Family Copes With Schizophrenia And Suicide

July 24, 2013 • Serious mental illness can take a toll — not only on the person experiencing the symptoms but on family members, too. The Bell family still struggles with the loss of Homer, their son and brother, who recently killed himself after living with schizophrenia for 30 years.

How A Family Copes With Schizophrenia And Suicide