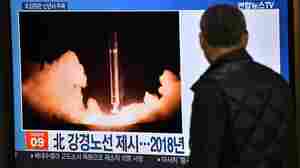 December 31, 2019 • He stopped short of saying he was breaking off nuclear negotiations with the U.S. President Trump has repeatedly touted the testing moratorium as a political victory. 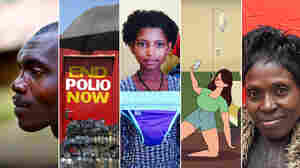 From left: Sekou Sheriff, of Barkedu village in Liberia, whose parents died at an Ebola treatment center; a polio vaccination booth in Pakistan; a schoolgirl in Ethiopia examines underwear with a pocket for a menstrual pad; an image from a video on the ethics of selfies; Consolata Agunga goes door-to-door as a community health worker in her village in Kenya. From left: John Poole/NPR; Jason Beaubien/NPR; Courtesy of Be Girl Inc.; SAIH Norway/Screenshot by NPR; Marc Silver/NPR hide caption

Reporters Pick Their Favorite Global Stories Of The Decade

December 31, 2019 • The topics range from a ticking time bomb in the Arctic to the art of taking selfies in an ethical way. Here are the stories selected by our contributors. 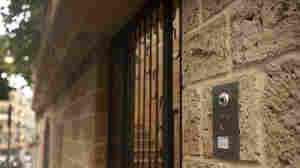 The residence of former Nissan Chairman Carlos Ghosn is shown on Tuesday in Beirut. A close friend says Ghosn, who is awaiting trial in Japan, has arrived in Beirut. Maya Alleruzzo/AP hide caption

Carlos Ghosn Fled Japan Trial For Lebanon. His Lawyer: 'How Could He Do This To Us?'

December 31, 2019 • The former Nissan chairman, who faced up to 15 years in prison over a set of charges over financial misconduct in Japan, was set to stand trial in Japan in April.

North Korea To Open Tourist Resort, But Experts Think It Will Be A Waste Of Money

December 30, 2019 • North Korea is planning to open a world-class tourist resort on its southeast coast next year, to prove it can thrive under sanctions. Experts predict it will be a huge waste of money.

North Korea To Open Tourist Resort, But Experts Think It Will Be A Waste Of Money

December 30, 2019 • Chinese scientist He Jiankui has been sentenced to three years in prison for conducting gene-editing experiments on human embryos. 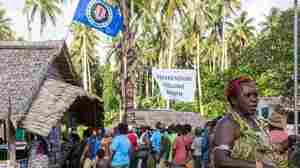 People line up to vote in a referendum on Bougainville's independence from Papua New Guinea, in the region's interim capital of Buka Town, on Nov. 25. The pro-secession vote won a landslide victory, although the vote is nonbinding. Now Bougainville's leaders have to negotiate with the PNG government. Ness Kerton/AFP via Getty Images hide caption

Trying To Form The World's Newest Country, Bougainville Has A Road Ahead

December 30, 2019 • After voting overwhelmingly for independence, the South Pacific island group now has to negotiate its separation with Papua New Guinea's government. 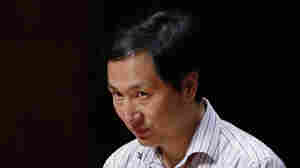 He Jiankui, a Chinese researcher shown here at a conference last year in Hong Kong, has been sentenced to three years in prison. Kin Cheung/AP hide caption

December 30, 2019 • He Jiankui announced in November 2018 that he had created the world's first gene-edited babies. Scientists are concerned about unintended side effects that could be passed down to future generations.

Wang Yi (second from right) and other human rights activists from China meet with former President George W. Bush at the White House in 2006. Wang Yi was arrested in December 2018 by Chinese authorities and now has been sentenced to nine years in prison. Eric Draper/White House hide caption

December 30, 2019 • Wang Yi is one of China's most prominent independent Christian leaders. Authorities arrested him a year ago in a relentless suppression of religious practice in China.

December 29, 2019 • Japan is trying to get more men to take paternity leave in order to address the country's aging population and shrinking workforce. Despite being guaranteed a year of leave, only 6% take it.

December 29, 2019 • In India, movie popcorn prices have led to protests. One man says barring people from taking their own snacks into theaters discriminates against the poor, and has taken the case to the Supreme Court.

A Small, But Growing Number Of People In China Say They Care About Data Privacy

December 27, 2019 • China surveils its citizens but doesn't do a good job of protecting the information it collects. Now a small number of privacy advocates are saying the country should do more.

A Small, But Growing Number Of People In China Say They Care About Data Privacy