The History of Love

Sixty years after a book's publication, its author remembers his lost love and missing son, while a teenage girl, named for one of the book's characters, seeks her namesake, as well as a cure for her widowed mother's loneliness. By the author of Man Walks Into a Room. Reader's Guide included. Reprint.

A collection of seventeen linked stories spans forty-five years in the lives of a Pennsylvania coal and steel town's residents, from Mrs. Szilborski, whose coal talents are marked by her animosity toward the neighbors' dogs; Mrs. Wojic, who believes one of the hated dogs is her reincarnated husband; and young Annie Kusiak, who longs to be a writer. A first collection.

Struggling with the cultural and religious dynamics of modern London, eighteen-year-old South Asian Jas finds himself targeted for his gang membership, unpromising education, and attraction to a woman of a different race.

The Stories of Breece D'J Pancake

While leading their lives in their gated hilltop community in Los Angeles, Delaney and Kyra Mossbacher accidently meet Mexican illegal aliens Ca+a7ndido and Ame+a7rica Rinco+a7n, and their encounter brings them together in a relationship of error and misunderstanding. Reprint.

A routine investigation of a diamond robbery involves an insurance detective in a bizarre case of murder, and cult worship

In Albuquerque, New Mexico, two young women—shy teenager Cyndi Rae Hrncir and Didi Steinberg, the school bad girl—become entranced by young flamenco guitarist Tomás Montenegro and by the hypnotic storytelling of Doña Carlota, Tomás's great aunt, and decide to dedicate themselves to the disciplines and demands of the university's Flamenco Academy. 35,000 first printing.

by Irene Nemirovsky and Sandra Smith

Published more than sixty years following the author's death at Auschwitz, a remarkable story of life under the Nazi occupation includes two parts—"A Storm in June, " set amid the chaotic 1940 exodus from Paris on the eve of the Nazi invasion, and "Dolce," set in a German-occupied provincial village rife with jealousy, resentment, resistance, and collaboration. 75,000 first printing.

Dreams for a New Los Angeles

by Students of Theodore Roosevelt High Scho and Antonio Villaraigosa

Harold And The Purple Crayon

Harold goes for an adventurous walk in the moonlight with his purple crayon. 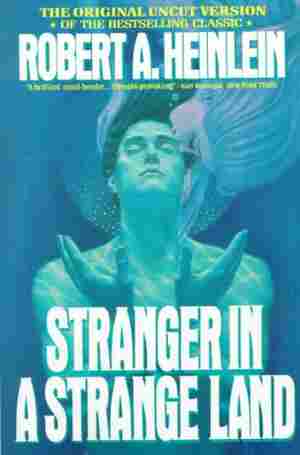 Stranger in a Strange Land

by Robert A. Heinlein

by Samuel R. Delaney and Robert A. Heinlein

Hired to work for a beautiful woman, Vietnam War veteran Oscar discovers his employer's identity as the empress of numerous universes and begins a quest to retrieve the stolen Great Egg, an adventure during which he faces such challenges as dragons, giants, and magical spells. Reprint. 20,000 first printing.

The last living survivor of a 1911 sweatshop fire, 106-year-old Esther Gottesfeld passes away leaving numerous questions about the fire, which is investigated by her granddaughter Rebecca and a feminist historian with a personal agenda.

The rise and fall of the American Dream provide the backdrop for the story of Swede Levov, a prosperous New Jersey man and grandson of immigrants, whose fanatical daughter bombs a post office in 1968. Reprint. 100,000 first printing.

When Diana Duprey, a female doctor and director of the Center of Reproductive Choice, is found murdered two weeks before Christmas, the crime threatens to reveal the small Colorado town's long-buried secrets and animosities.

by John Gardner and Emil Antonucci