The acclaimed writer Padgett Powell is fascinated by what it feels like to walk through everyday life, to hear the swing and snap of American talk, to be both electrified and overwhelmed by the mad cacophony — the "muchness"—of America. "The Interrogative Mood" is Powell's playful and profound response, a bebop solo of a book in which every sentence is a question.

Ten new short works include the stories of a grieving mother who is aided by a surprising source, a woman's response to a humiliating seduction, and a nineteenth-century Russian âemigrâe's winter journey to the Riviera.

Wife of the Gods

Investigating the murder of an AIDS worker in an African community from which his mother went missing years earlier, Detective Inspector Darko Dawson collects details about the killing and realizes that he is close to solving the truth about his mother's disappearance. A first novel.

The Law of Dreams

After witnessing the deaths of his family, Fergus O'Brien leaves Ireland in search of a new life.

Two years after meeting her English cousin Leopold and his Armenian friend, Aram, returning home from an archaeological dig in Iraq, and hearing for the first time the epic Mesopotamian myth of Gilgamesh, Edith, a teenager from rural Australia, and her young son are trapped in Soviet Armenia by the outbreak of World War II. A first novel. Reprint. 25,000 first printing.

In a small California town during World War II, Suse Hansen grows from a devilish tomboy to a young woman of strong character as she attempts to reconcile her unfolding knowledge of human nature with the horrors of the daily news reports

The Financial Lives of the Poets

Matt Prior is losing his job, his wife, and his house, and he's about to lose his mind—until he discovers a way that he might just possibly be able to save it all ... and have a pretty damn great time doing it, in a comic and heartfelt novel from a National Book Award nominee. 40,000 first printing.

The Man in the Wooden Hat

Tells the story of the fifty-year marriage of barrister Filth and his wife Betty, which is filled with secrets and hidden desires.

A Gate at the Stairs

In the Midwest just after the September 11 attacks, twenty-year-old Tassie Keltjin comes of age amid such challenges as racism, the War on Terror, and cruelty in the name of love, as she leaves her family's farm to attend college and takes a part-time job as a nanny.

When a radical lawyer's stroke reveals cracks in his forty-year marriage to his wife, their three children struggle with their own life challenges; from Rosa, who is pressured to commit to orthodox Judaism; to Karla, who is tempted away from an unhappy marriage; to Lenny, who battles drug addiction. 75,000 first printing. 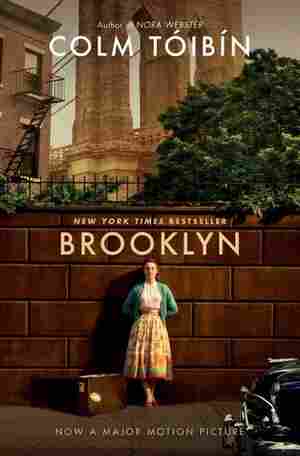 Leaving her home in post-World War II Ireland to work as a bookkeeper in Brooklyn, Eilis Lacey discovers a new romance in America with a charming blond Italian man before devastating news threatens her happiness.

The Old Man and Me

In early 1960s London, American Honey Flood uses all her charms to reach the top of the social scene.

Follow the Troutmans as they learn about themselves and each other through chaos as diverse as their personalities, while embarking on a journey across the United States weathering sleazy motel rooms, car repairs, and bizarre people.

Collects eight short stories that explore the themes of family, lost love, silence, and the effects of war.

On his deathbed, surrounded by his family, George Washington Crosby's throughts drift back to his childhood and the father who abandoned him when he was twelve.

In Other Rooms, Other Wonders

A volume of linked stories describes the intertwined lives of landowners and their retainers on the Gurmani family farm in Pakistan, in a collection that explores such themes as culture, class power, and desire.

An Elegy for Easterly

A debut collection by a Zimbabwean international trade lawyer is set in a world under the regime of Robert Mugabe where privilege and corruption shape the boundaries of everyday life.

by Shahriar Mandanipour and Sara Khalili

An Iranian author writes a love story about a young couple who must hide from the Campaign Against Social Corruption as the writter himself crosses out sections of the manuscript to avoid the same organization's censorship.