Searching for the Roots of My Family's Schizophrenia

The author looks at his family's battle with the scourge of schizophrenia, tracing the origins of the disease through earlier generations of his family against the backdrop of Irish history to reveal Ireland's long link to mental illness.

Pressure is a Privilege

Lessons I've Learned from Life and the Battle of the Sexes

The tennis star recounts her life and athletic career, from childhood, through her athletic successes, to her life after professional tennis, and discusses the life lessons that she learned at every stage along the way.

Focuses on the senator's Naval Academy education, his years as a POW during the Vietnam war, and his presidential bid

Documents how the author, an athletic, clean-living, non-promiscuous teen contracted HIV and managed to stay positive in spite of health challenges and her rejection by formerly close community members. Original. 100,000 first printing.

From Promise to Power

A journalist who has covered the senator and presidential candidate since his campaign for the Senate offers a portrait that features his childhood and youth in Hawaii and his embrace of seemingly ruthless campaign tactics.

Leftist Politics and the Cult of Personality

Barack Obama stepped onto the national political stage when the then-Illinois State senator addressed the 2004 Democratic National Convention. Soon after Obama was elected to the U.S. Senate, author Jerome Corsi began researching Obama's personal and political background. This book is the result of that research. By tracing Obama's career and influences from his early years in Hawaii and Indonesia, the beginnings of his political career in Chicago, his voting record in the Illinois legislature, his religious training and his adoption of Christianity through to his recent involvement in Kenyan politics, his political advisors and fundraising associates and his meteoric campaign for president, Corsi shows that an Obama presidency would, in his words, be "arepeat of the failed extremist politics that have characterized and plagued Democratic Party politics since the late 1960s."—From publisher description.

Describes the life and career of Thomas Quasthoff, a German bass baritone who overcame physical disabilities to become one of the most sought after classical singers in the world. 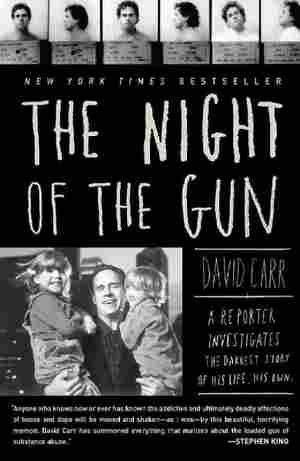 The Night of the Gun

A Reporter Investigates the Darkest Story of His Life, His Own

A confessional account of the author's struggles with addiction traces his rise from a crack house regular to a columnist for The New York Times, describing his experiences with rehabilitation, cancer, and single parenthood. 150,000 first printing.

The stand-up comedian and Fox star shares his unique take on family life, describing how his faith in the power of laughter helped ease difficult times, personal heartaches, and his rise to success. Reprint.

An international ballet star traces his childhood in the impoverished suburbs of Havana, his adolescent participation in break-dancing and delinquency that prompted his enrollment in ballet school, and his prestigious performances throughout Cuba, the United States, and Europe. 20,000 first printing.

Change in the Weather

by Mark Mcewen and Daniel Paisner

A popular morning show host traces his journey of rehabilitation and recovery after having a stroke, discussing the misdiagnoses and lack of awareness that caused his condition to be overlooked, his temporary losses of speech and other motor functions, and the dedication of his wife to their family.

A Memoir of Fat Camp

Recounts the Web personality's painful adolescence as an overweight girl who was constantly teased by peers, describing her unsuccessful diet attempts, her frustrating sessions with a weight-loss doctor, and the life lessons she learned during a summer at a weight-reduction camp. By the author of Straight Up and Dirty. 75,000 first printing.

Portrait of a Marriage

Offers a glimpse of the Lincolns' passionate, sometimes troubled marriage, from their early years in Illinois and their joys and sorrows as parents, to the White House years and Mrs. Lincoln's life following her husband's death.

A Message to America's Daughters

One of America's most powerful political leaders describes her personal odyssey to the heights of American political power in a memoir that recalls growing up the daughter of Baltimore mayor Tommy D'Alesandro, her marriage and family life, role in the California Democratic Party, congressional career, and election as the first female Speaker of the House. 200,000 first printing.