The Autobiography of Aerosmith

by Aerosmith and Stephen Davis

The candid and compelling true story of America's most famous and successful rock band details their rise from nowhere to the top of the charts, a spectacular cocaine-and-heroin-fueled crash, and subsequent clean-and-sober comeback to even greater heights. Reprint.

The author shares the life story of her mother, Anna Gagliano Gordon—a hard-working single mother whose life was shaped by polio, alcoholism, and dementia—and discusses their relationship and her role as a daughter.

The Rise to Power of Alberto Gonzales

A portrait of presidential advisor and U.S. Attorney General Alberto Gonzales describes his early life, success in the legal profession, and rise to power in the cutthroat world of American politics, examining his key influence on George W. Bush and his policy decisions, including his role in drafting the controversial Patriot Act. 75,000 first printing.

Finding Solace and Strength from Friends and Strangers

In a thoughtful memoir, the wife of vice-presidential candidate John Edwards offers an inspirational account of the role and significance of community in her life, from growing up as the daughter of a Navy pilot and her experiences on the campaign trail with her husband, to the 1996 death of their teenage son and her own battle with breast cancer. 125,000 first printing.

An Amateur's Adventures As Kitchen Slave, Line Cook, Pasta-maker, and Apprentice to a Dante-quoting Butcher in Tuscany

The author offers an account of his entry into the world of a professional cook-in-training, documenting his experiences in the kitchen of Mario Batali's restaurant Babbo and his apprenticeships in Italy with Batali's former teachers.

The Book of David

The author describes his emergence from a traditional Jewish childhood in Canada and the humorous relationship with God that he feels has enabled his career in television.

Fighting With Castro For Cuba's Freedom

A history of the Cuban Revolution focuses on the role of William Morgan, a young American who left Ohio to battle alongside Fidel Castrol and Che Guevara to expel the corrupt Batista administration from Cuba.

A Musician's Return to Music

Describes how the author grew up as a young classical guitar prodigy, abandoned his instrument and his dreams of becoming a leading artist at the age of twenty-five, and rediscovered his passion for the guitar years later.

Dishing the Dirt, Getting the Gossip, and Selling My Soul in the Cutthroat World of Hollywood Reporting

A former newspaper writer details her two-year tenure as a tabloid reporter for Globe Communications, during which she used various disguises and dubious tactics to obtain details about the lives of celebrities to create sensational headlines and stories.

Great Decisions and the Extraordinary People Who Made Them

by John McCain and Mark Salter

Pays tribute to men and women who were important examples of composure, wisdom, and intellect in the face of tough decisions, in a volume that cites the examples of such figures as Henry Ford, Branch Rickey, and Ellen Johnson-Sirleaf.

It Takes a Village

And Other Lessons Children Teach Us

The former First Lady-turned-U.S. senator shares her observations on the needs of children and families in the modern, fragmented, fast-paced world and explores diverse ways in which we can improve family and community life, in a special anniversary edition of the best-selling study. 250,000 first printing.

Crisis, Leadership, and the Olympic Games

by Mitt Romney and Timothy Robinson

The head of the 2002 Salt Lake City Winter Olympics organizing committee describes how he assumed the leadership of the troubled organization and turned it around to present one of the most successful Olympic Games ever.

Describes the courage and conviction demonstrated by eight great patriots at pivotal moments in American history. 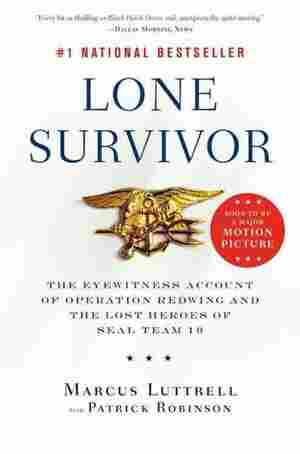 by Marcus Luttrell and Patrick Robinson

The leader, and only survivor, of a team of U.S. Navy SEALs sent to northern Afghanistan to capture a well-known al Qaeda leader chronicles the events of the battle that killed his teammates and offers insight into the training of this elite group of warriors.

Queen of the Desert, Shaper of Nations

She has been called the female Lawrence of Arabia, which, while not inaccurate, fails to give Gertrude Bell her due. She was at one time the most powerful woman in the British Empire: a nation builder, the driving force behind the creation of modern-day Iraq. Born into privilege in 1868, Bell turned her back on Victorian society, choosing to read history at Oxford and going on to become an archaeologist, spy, Arabist, linguist, author, poet, photographer, and mountaineer. She traveled the globe several times, but her passion was the desert—her vast knowledge of the region made her indispensable to the British government during World War I. As an army major on the front lines in Mesopotamia, she supported the creation of an autonomous Arab nation for Iraq, promoting and manipulating the election of King Faisal to the throne and helping to draw the borders of the fledgling state.—From publisher description.A biography of Gertrude Bell describes how she transcended the restrictions of her gender, class, and era to become a renowned world traveler, archaeologist, spy, Arabist, linguist, and author, and played a key role in the history of the Middle East.

The definitive biography of an important American cultural intellectual of the twentieth century—Ralph Ellison, author of the masterpiece Invisible Man. In 1953, Ellison's explosive story of a young black man's search for truth and identity catapulted him to national prominence. Ellison earned many honors, but his failure to publish a second novel, despite years of striving, haunted him for the rest of his life. Rampersad, the first scholar given complete access to Ellison's papers, provides a complex portrait of an unusual artist and human being. This biography describes a man of magnetic personality who counted Saul Bellow, Langston Hughes, Robert Penn Warren, Richard Wright, Richard Wilbur, Albert Murray, and John Cheever among his closest friends; aman whose life and art were shaped mainly by his unyielding desire to produce magnificent art and by his resilient faith in the moral and cultural strength of America.—From publisher description.A study of the life, work, and influence of Ralph Ellison details his poverty-stricken Oklahoma youth, his education and involvement in New York's liberal intellectual circles, his personal relationships, and the influence of racism on his life.

The Life of Aaron Burr

Challenges popular beliefs about the Revolutionary era figure, revealing how Alexander Hamilton subverted Burr's career through a slanderous letter-writing campaign, in a portrait that presents evidence of Burr's political talents and dedicated patriotism.

The House of Mondavi

The Rise and Fall of an American Wine Dynasty

Traces four generations of a Napa Valley wine-making family, from the arrival of Italian immigrant Cesare Mondavi at Ellis Island in 1906, to the scandals that rocked the family throughout the twentieth century, to the present-day battle over the family's billion-dollar fortune. First serial, Wall Street Journal.

In an incisive portrait of the late Princess Diana, a noted editor offers a fresh perspective on the enigmatic, multifaceted woman that looks at the various women in her life, including her sexually charged mother, scheming grandmother, hated stepmother, competitive sisters, in-laws and relations, and the "other woman," Camilla Parker-Bowles. 200,000 first printing.

The Story of John & Caroline Kennedy

A dual portrait of JFK, Jr. and Caroline Kennedy draws on personal interviews to discuss such topics as the assassination attempt on Jackie Kennedy while she was giving birth, Caroline's reclusive lifestyle, and the unsettling results of John's and his wife's autopsies.

Practically Perfect in Every Way

My Misadventures Through the World of Self-help--and Back

In a lighthearted examination of the self-help phenomenon, the author describes her personal self-improvement journey, an endeavor marked by the contradictory and trendy advice of high-profile experts and perilous perfectionist standards.