The oldest son of Sheikh Hassan Yousef, a founding member of Hamas and its most popular leader, reveals new information about the world's most dangerous terrorist organization and unveils the truth about his own role, his agonizing separation from familyand homeland, the dangerous decision to make his newfound faith public, and his belief that the Christian mandate to "love your enemies" is the only way to peace in the Middle East.

My Life and Captivity in Iran

An Iranian-American journalist offers a harrowing chronicle of her imprisonment, as well as a penetrating look at Iran and its political tensions, based on six years of research and interviews with Iranians across society. 60,000 first printing.

Dreams in a Time of War

The Man Booker International Prize-nominated author of Wizard of the Crow recounts the story of his childhood, covering his early years in World War II-era Kenya as the fifth child of a third wife, the atypical thirst for learning that singled him out and the political struggles that shaped his home life.

The Screwball World of Nathanael West and Eileen McKenney

One Couple's Story of Love, Food, and Healing in Italy

Recounts the story of the journalist author's marriage to her reporter husband, who was nearly killed by sniper fire while on assignment in Romania, describing how his recovery was impeded by a deep depression that challenged the author's perceptions about loving support.

How Jane Austen Conquered the World

The author of the critically acclaimed Robert Louis Stevenson and the award-winning Sylvia Townsend Warner gives readers a complete biography of both Jane Austen and her lasting cultural influence.

My Life As a Conservative in the Fight

The media-savvy political strategist defines "compassionate conservatism," defends himself against accusations levied by his opponents, corrects many myths about him, and offers insights into what it takes to win an election.

My Life With the Taliban

The Shaking Woman or a History of My Nerves

When his daughter, Amy, collapses and dies from an asymptomatic heart condition, Rosenblatt and his wife leave their home on Long Island to move in with their son-in-law and their three young grandchildren. He peels back the layers on this most personal of losses to create a testament to familial love.

A history of hypochondria as reflected by nine historical figures explores the relationship between the mind and body as it is mediated by the fear of illness, providing insight into the mental states of such individuals as Charlotte Brontèe, Charles Darwin and Andy Warhol. 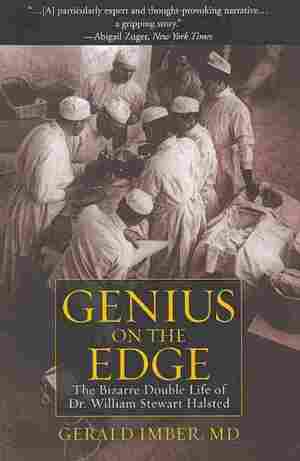 Genius on the Edge

Reveals a complex and troubled man who, despite being a ground-breaking father of modern surgery, battled with cocaine and morphine addition, exhibited eccentric behavior and lived an unusual lifestyle.