The author chronicles his life, from his childhood and early studies in classical composition to his "docu-opera" achievements, and evaluates his professional relationships and the social movements that creatively inspired him.

The Hidden Betrayals of a Family Beyond Reproach

The fate of Brooke Astor, the endearing philanthropist with the storied name, has generated worldwide headlines since her grandson Philip sued his father in 2006, alleging mistreatment of Brooke. And shortly after her death in 2007, Anthony Marshall, Mrs. Astor's only child, was indicted on charges of looting her estate. Rarely has there been a story with such an appealing heroine, conjuring up a world so nearly forgotten: a realm of lavish wealth and secrets of the sort that have engaged Americans from the era of Edith Wharton to the more recent days of Truman Capote and Vanity Fair. New York journalist Meryl Gordon has interviewed not only the elite of Brooke Astor's social circle but also the large staff who cared for Mrs. Astor during her declining years. The result is the story of the Astor empire's unraveling.—From publisher description.

Traces the author's loss of her beloved long-time husband, her experiences with grief and widowhood, and her efforts to make new friends when her daughters place a singles ad for her in a literary journal. By the author of Water from the Well. 35,000 first printing.

The youngest of the McCourt brothers describes his flight from his native Ireland in pursuit of his literary siblings, struggles with alcoholism, and efforts to raise a daughter with health challenges.

A Memoir of Growing Up Iranian in America

An autobiography of growing up as an Iranian-American describes the author's family's 1971 move from Iran to Southern California, the members of her diverse family, and their struggle with culture shock.

Laughing Without An Accent

Adventures of an Iranian American, at Home and Abroad

The author of the best-selling memoir Funny in Farsi continues the story of her Iranian-American family and their experiences at home and abroad, from dealing with her French husband's Christmas traditions, to consuming a variety of international "delicacies," to taking fifty-one Iranian family members on a cruise to Alaska. 50,000 first printing.

Life in the Shadow of Watergate

My Life With the Saints

In an inspiring memoir, the author of In Good Company pays homage to the Catholic saints—from St. Peter to Pope John XXIII—who accompanied him every step of the way and changed his life. Reprint. 10,000 first printing. 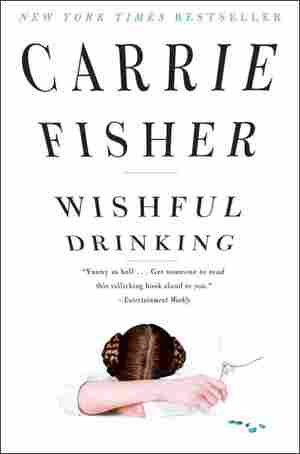 Fisher comes clean (well, sort of) with the crazy truth that is her life, in her first-ever memoir.

A Life in Letters

An autobiographical account in letters offers insight into the late-twentieth-century author's political influence, espionage activities, and personal life, in a volume that also covers how his work was influenced by his humanitarian visits to Mexico, Vietnam, and Cuba. 10,000 first printing.

A whimsical memoir of the author's first seventy years recounts the experiences that shaped his outlook and philosophies about living life to its fullest, in an account that also describes his enjoyment of life during his senior years.

A comprehensive portrait of the rock icon covers topics ranging from Lennon's traumatic childhood in the care of his aunt and the Beatles' unprecedented rise to the in-fighting during the Yoko years and his early death in 1980.

The Economist Book of Obituaries

by Keith Colqhoun and Ann Wroe

Presents a collection of more than two hundred obituaries taken from "The Economist."